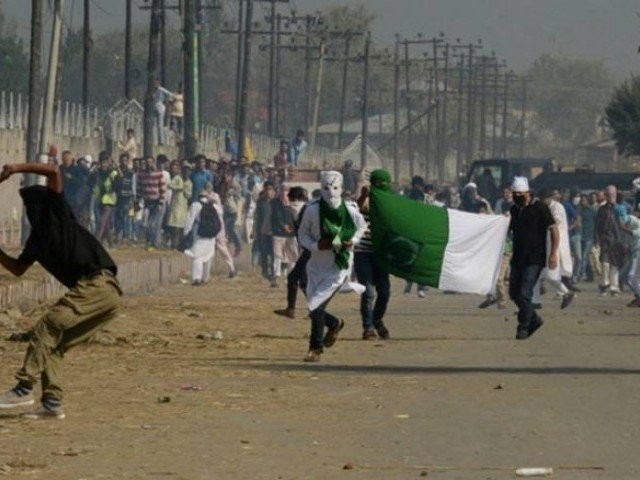 MIRPUR: People and the government of Azad Jammu & Kashmir as well as all social, political and human rights organisations across AJK have started preparations to observe the Kashmir Solidarity Day on February 5.

The day is observed across Pakistan including AJK to reiterate full solidarity with the people of Jammu & Kashmir in their just and principled struggle for freedom primarily based on with the prime spirit to achieve their globally-acknowledged right to self-determination as enshrined in the international norms in form of the United Nations resolutions on Kashmir issue.

“In AJK, masses from all segments of the civil society are actively engaged to chalk out elaborate programs to re-pledge their solidarity with the people of Pakistan in a dignified manner on Kashmir Solidarity Day,” the organisers said.

“Kashmir Solidarity Day is one of  the occasions of significance  in Kashmir which is celebrated every year to reiterate complete solidarity with the people of Jammu & Kashmir in their just and principled struggle for freedom and to achieve their globally acknowledged right to self-determination,” Justice (retd) Abdul Majeed Mallick, former Chief Justice of AJK High Court said.

Talking to APP here Sunday, he said that the day is most valuable for the Kashmiri people inhibiting either side of the line of control and rest of the world.

He said that the day is being observed by the Pakistani nation and the government as well as in Azad Jammu Kashmir to renew the bondage of long and deep rooted love and affection by the people and the government of Pakistan which they have for their brethren of Jammu & Kashmir by extending all possible moral political and diplomatic support to their indigenous struggle for liberation of the motherland from Indian yoke, he added.

President AJK Chapter of PPP (Shaheed Bhutto) and Senior Vice Chairman of the Jammu & Kashmir Intellectual Forum Munir Hussain Chaudhry Advocate expressed his firm stance that Kashmir is the core tripartite issue, among India, Pakistan and people of Jammu Kashmir remains a flashpoint between the two neighbours and has also lead to three wars between them.