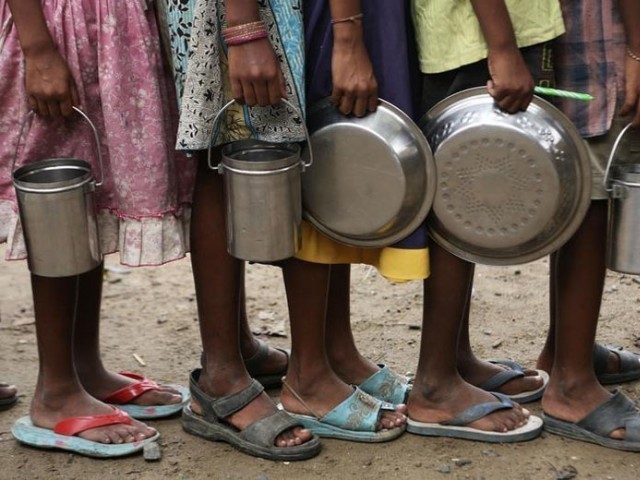 NORTHAMPTON: Economic growth is the most powerful instrument for reducing poverty and improving the quality of life for people in developing countries. Cross-country research and individual country case studies point to the fact that sustained economic growth can pull countries out of the cycle of poverty.

How quickly growth reduces poverty depends on the initial income distribution and how it evolves over time. Economic growth can dampen poverty only by a small degree in societies which have a more unequal distribution of income. What has been the case with Pakistan?

Before going through global statistics of poverty levels it would be useful to briefly explain the measures of poverty often used. The World Bank has defined extreme poverty as those living under $1.90 a day. Based on this definition, the number of people living in extreme poverty has fallen to 10% in 2015 as opposed to 11% in 2013. This translates to 68 million people around the world earning more than the defined poverty line of $1.90 a day. Despite the global reduction in extreme poverty, rates remain stubbornly high for many low-income countries, especially those affected by conflicts and political upheavals. A large proportion of the world’s poorest population lives in Sub-Saharan Africa.

Another measure of poverty often used is the multidimensional poverty index. It was compiled by the UN in 2010 and measures poverty as an acute deprivation of essential aspects of life. It measures three elements: living standards, education and healthcare. An interactive databank created by the Oxford Poverty and Human Development Initiative shows that countries in Africa such as Niger, South Sudan, Chad and Burkina Faso are some of the nations which have high levels of multidimensional poverty. Pakistan also ranks poorly on this index.

The case of Pakistan

Research has shown that high levels of poverty in a particular region are correlated to how the resources are distributed in the society. The World Bank Poverty and Shared Prosperity Report 2018 has noted that from 2010-2015 the growth of incomes of the bottom 40% in Pakistan has been merely 2.7% whereas the growth in incomes of the average population was recorded at 4.3%.

This is in contrast to other developing countries such as Latvia, Brazil, Peru and Egypt where the incomes of the bottom 40% are growing faster than the average population. It is imperative that in order to drag people out from the shackles of poverty, policymakers must fight to reduce income inequalities present in the society.

Economic growth must be broad based and inclusive. The European Anti-Poverty Network (EAPN) has pointed to some key factors that make a person more at risk of being in poverty such as unemployment, low levels of education and skills, gender, disability or ill-health, being a member of minority ethnic groups and lastly, living in a remote or disadvantaged community. Governments must ensure to formulate policies which address to remove societal inequalities in terms of economic opportunities for these particular groups. Growth which is sustainable, broad based and inclusive and which provides a chance for everyone to benefit from it can lead to reduction in poverty levels.

The writer is a doctoral candidate at The Bartlett, UCL