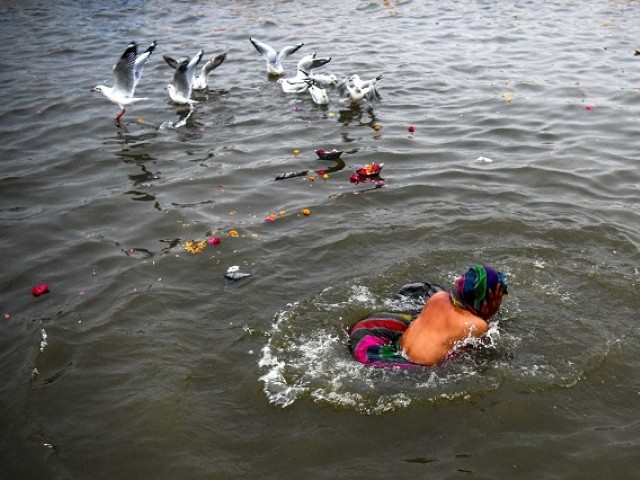 An Indian devotee takes a dip on the Triveni Sangam banks, the confluence of the Ganges, Yamuna and mythical Saraswati rivers, at the Kumbh Mela festival in Allahabad. PHOTO: AFP

ALLAHABAD, INDIA: Hindu devotees began gathering on Sunday in northern India for the world’s largest religious festival, with millions of pilgrims travelling to bathe in holy rivers for the spectacular Kumbh Mela.

State authorities in Uttar Pradesh are expecting 12 million visitors to descend on Allahabad for the centuries-old festival, which officially begins Tuesday and continues until early March. 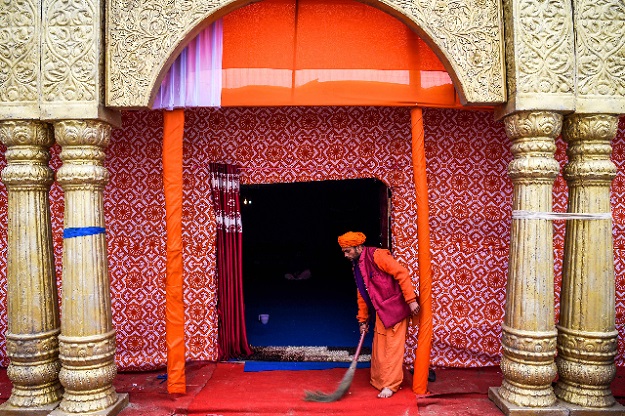 The festival attracts millions of Hindu pilgrims to the sacred confluence of the Yamuna and Ganges rivers over 49 days between January 15 and March 4. PHOTO: AFP

The ancient city rises alongside the banks of the Ganges, Yamuna and mythical Saraswati rivers, and the meeting point of the three is considered highly sacred in Hinduism.

Hindus believe bathing there during the Kumbh helps cleanse sins and frees the soul from the cycle of death and rebirth. 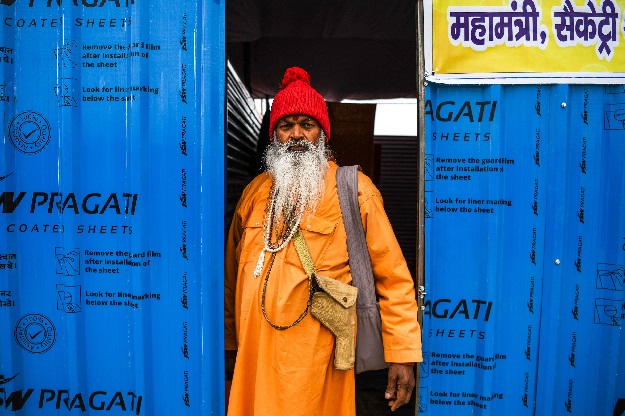 An Indian sadhu (Hindu holy man) stands at the entrance of his accommodation at the Kumbh Mela festival in Allahabad. PHOTO: AFP

“We help devotees get rid of their pains and troubles through our blessings, sacred ash, yoga, knowledge and wisdom,” said Prahlad Puri, a holy man with his long knotted hair tied in a bun.

“We distribute food, we serve the poor.”

According to Hindu mythology, gods and demons fought a war over a sacred pitcher, or kumbh, containing the nectar of immortality. 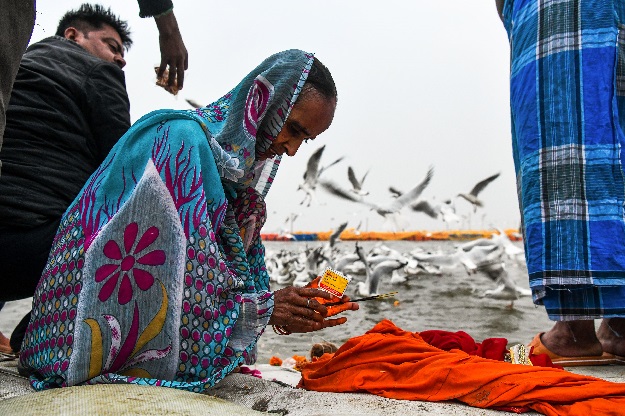 An Indian devotee prays after taking a dip on the Triveni Sangam banks, the confluence of the Ganges, Yamuna and mythical Saraswati rivers, at the Kumbh Mela festival in Allahabad. PHOTO: AFP

During the tussle, a few drops fell to earth at four different locations — one being Allahabad.

The historic city was recently renamed Prayagraj by the state’s conservative Hindu government but is still widely known by Allahabad, the name it was given by Muslim rulers hundreds of years ago.

The Mela, which runs until March 4, was recognised as an intangible cultural heritage by UNESCO in 2017.

In Saudi Arabia, small weddings are the new big thing