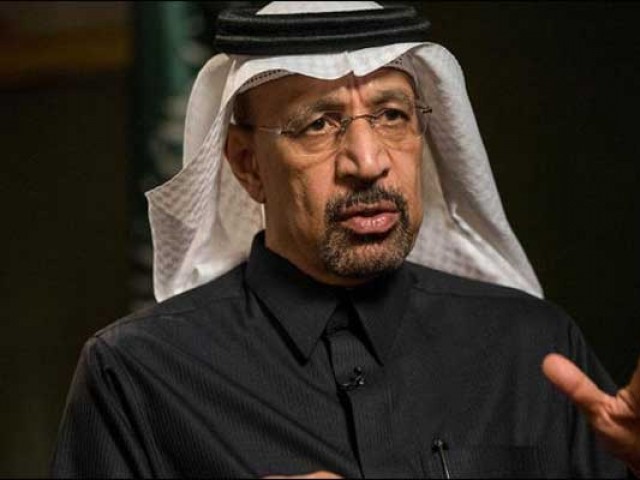 QUETTA: A Saudi delegation, led by the kingdom’s Minister for Energy, Industry and Mineral Resources Khalid Abdul Aziz Al Falih arrived in Gwadar on Saturday to inspect the site for the proposed oil refinery at the deep seaport city – the ultimate destination of the China-Pakistan Economic Corridor.

The visit aimed at discussing the Pak-Saudi trade and the inspection of the site for the proposed $10 billion oil refinery in the deep seaport city, and ways to encouraging the private sector and facilitating them to invest in Pakistan.

Briefing the delegation, Ghulam Sarwar Khan described the proposed state-of-the-art refinery as the biggest investment of the Saudi government in Pakistan. He added that a memorandum of understanding for the establishment of the refinery was expected to be signed next month.

The ministers and Saudi delegation also discussed likelihoods of economically supporting Pakistan. They deliberated on memorandums for Saudi investment in the fields of refining, petrochemical, mining and renewable energy.

“We are going to sign an agreement with Saudi government next month over installing an oil refinery in Gwadar that would induct Saudi Arabia as the third partner in CPEC,” Ghulam Sarwar Khan told the delegation.

Chinese Overseas Port Holding Company Chairman Xing Bao Zhong termed the business environment in Gwadar peaceful. “We have been fully supported by the government and local population. Various Chinese Companies have been working in Gwadar freely. The deep seaport city has a bright future.”

Lauding the Pakistan government’s business initiatives, Al Falih highlighted the strong relationship between the two countries. “We seek to further strengthen our ties with Pakistan,” he said, adding that the Saudi government had decided to contribute to Pakistan’s development.

He said that no one could deny the importance of Gwadar port and after the completion of CPEC, the port city would be the economic hub of the region. “In a short period of time we would invest in various development projects,” he said. He announced that Saudi Arabia would import rice from Pakistan.

Later, the delegation, including Chief Executive Officer of Aramco Associates Company Al Buainain Ibrahim Qassim, visited the Gwadar port, where it received a briefing from the port officials regarding the opportunities that exist at the port and its future and ongoing projects.

Sharing details of the visit on the social media, Buledi said that discussion on the $10 billion oil refinery in Gwadar was held with Saudi minister for petroleum and energy. On the occasion, Buledi also presented a souvenir to the Saudi minister.