The MMA chief also accuse­d the PTI govern­ment of forsak­ing the people of Indian-occupi­ed Kashmi­r
By Our Correspondent
Published: January 8, 2019
Tweet Email 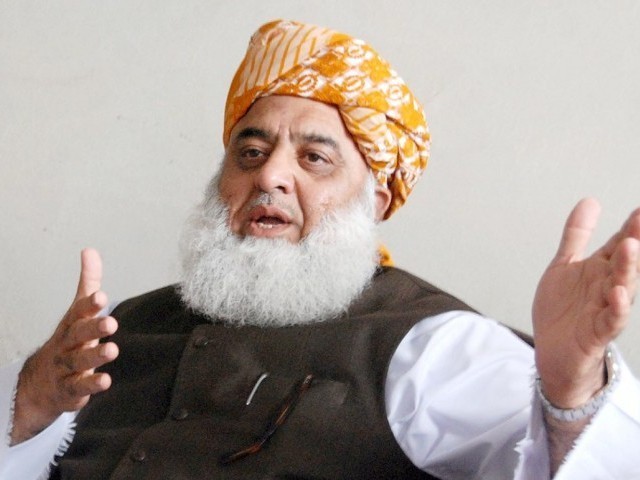 HYDERABAD: The president of Muttahida Majlis-e-Amal (MMA) Maulana Fazlur Rehman has said that Prime Minister Imran Khan has become a beggar of global level, who is debilitating the country by mortgaging it in the hands of the global powers. “The people who love this country can’t sit idle watching him doing this,” he said in Sukkur district on Monday.

He asserted that the Pakistan Tehreek-e-Insaf’s (PTI) government has suffered its political death and asked the opposition parties to prepare to bury the body. “The PTI government has proven to be the biggest political failure in the history of Pakistan.”

Rehman said that the PTI was afraid to see an alliance forming among the opposition parties. He reiterated the charges that the PTI government was formed on a stolen mandate. The government’s ineptitude, corruption and failure have landed the country in an economic crisis with inflation and unemployment rates touching new levels.

The MMA chief also accused the PTI government of forsaking the people of Indian-occupied Kashmir in its efforts to woo Indian rulers. He said that his party will convene an all-parties conference on February 3 to discuss the Kashmir issue.