The provin­ce has poor forest cover and needs to increa­se such areas in the next few years
By Imran Adnan
Published: January 8, 2019
Tweet Email 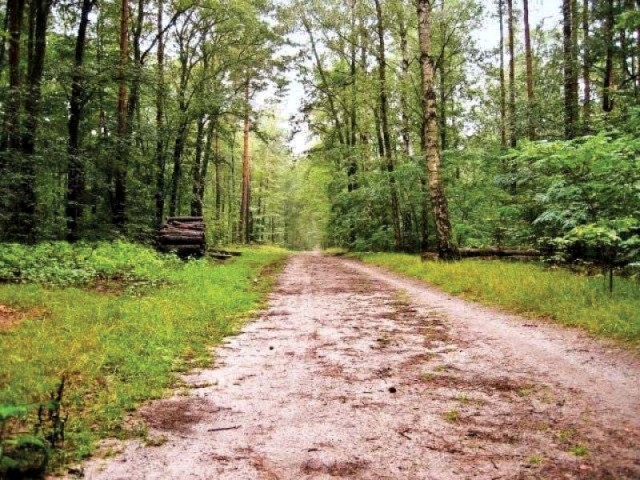 To enhance forest cover in Punjab, the Provincial Development Working Party (PDWP) has approved development funds of Rs32.426 billion for the ‘Green Pakistan Programme – Reclamation and Development of Forest Areas in Punjab’.

The scheme was approved in a special meeting of the PDWP for FY2018-19 on Monday. The meeting approved the aforementioned amount as per revised estimates and up-scaling of phase-1 of the programme.

The meeting was presided over by the Planning and Development Board (P&D) Chairman Habibur Rehman Gillani. It was also attended by P&D Secretary Iftikhar Ali Sahoo, members of the board, provincial secretaries and other senior representatives of relevant departments.

The project was originally initiated by former Prime Minister Nawaz Sharif in January 2016 after considering a summary submitted by the Ministry of Climate Change.

The subject of the document was “Revival of Forestry and Wildlife Resources in Pakistan.” At the time, he took the decision to reclaim and develop forest areas under the Green Pakistan Programme.

In November 2016, the Central Development Working Party (CDWP) had approved an umbrella PC-I at a total cost of Rs3.652 billion with the aim to launch a countrywide drive to improve and enhance the forest cover of the country. Later, the CDWP reduced the government of Punjab’s share to a PC-I cost of Rs1.283 billion which was approved by the PDWP.

In view of the significance of this initiative, the programme also included the 11th Five Year Plan (2013-18) which was approved by the Planning Commission of Pakistan.

The project was also in line with a relevant component of the Environment and Climate Change of Vision 2025.

According to the Punjab Forest, Wildlife and Fisheries Department, the province has poor forest cover and needs to increase such areas in the next few years by a adopting two-pronged strategy, including short and long term actions.

It highlights that in countries like Pakistan, where dry weather conditions persist, the role of forests is vital to improve water conservation and increase resilience to disaster. Currently, the forestry sector is confronted with a number of challenges.

These include the massive the degradation of watersheds, deforestation, encroachments, conversion of forests, overuse of rangelands, pressures on habitats, biodiversity loss, desertification, impact of climate change and prolonged droughts. There are also the problems of the heavy dependence of the rural population on biomass energy, complex land tenure; weak forestry institutions, ineffective enforcement of law and lack of inter-sectoral coordination and forest fires and spread of invasive species.

The department underscores that the overall improvement of the forestry sector in the province will require continuous efforts through a number of initiatives under the long-term Green Pakistan Programme.

It requires both to lead from the front with a commitment for sufficient financial contribution through an umbrella project to improve and enhance the existing forest cover of the country.

The Third Party Validation Study Report report finds that road and canal side plantation was below 50% of the target and variance of average height and diameter were also not satisfactory. Under rehabilitation and restocking of historical plantation, specie selection was largely neglected across all forests and violations of space size (10’ X 6’) were recorded at Changa Maanga and the Chichawatni plantation.

The report finds that under the Green Pakistan Programme 2016-17, overall plantation and progress is partially satisfactory. It was found that the mixed culture of indigenous species was not followed, spacing size was largely violated. Also, uncertain and high variation of height and diameter measurements of planted species pointed out flaws in its execution, operation and maintenance. The proper record of procurement and procedures, if followed as per PPRA Rules, was not provided. GPS coordinates mentioned in the PC-I and available with field formation were inaccurate also and would distract from the findings of dashboard monitoring.