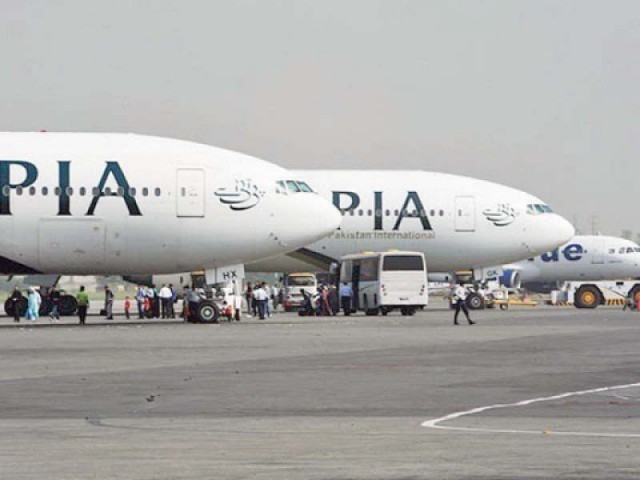 Current CEO Air Marshal Arshad Malik, who has served the Pakistan Air Force (PAF) for 40 years, is taking his salary from the PAF and avoids taking any perks from PIA. PHOTO: FILE

KARACHI: Pakistan International Airlines (PIA), which remains a major highlight of news stories thanks to its mounting losses, is saving more than Rs20 million a month after taking some austerity measures.

The national flag carrier witnessed changes in its management many a time in 2018, including its chief executive officer (CEO) who was changed four times. Current CEO Air Marshal Arshad Malik, who has served the Pakistan Air Force (PAF) for 40 years, is taking his salary from the PAF and avoids taking any perks from PIA.

Other than that, the airline had given vehicles to its staff members, mostly union leaders, and they used to get fuel reimbursement as well. PIA retrieved 20 vehicles on which fuel worth around Rs500,000 was consumed. The information and communications technology (ICT) is also helping PIA reduce its expenditure.

The airline has cut down on unnecessary official foreign tours by its officials for business deals and saved expenditure on airfares and stay at expensive hotels. “Now, these officials will handle such matters through video conference, Skype or email where physical presence is not necessary,” said PIA spokesman Mashhood Tajwar. “Officials will only go overseas where their presence cannot be avoided.”

“This whole calculation comes in at more than Rs20 million,” said the PIA spokesperson while talking to The Express Tribune.

PIA is also saving money by rationalising its routes. It is abandoning loss-incurring routes and starting new routes including Lahore to Muscat, Islamabad to Doha, Lahore to Bangkok and Lahore to Kuala Lumpur.

High salaries do not matter in the airline business as CEOs and other high officials of foreign airlines take salaries in millions of dollars.

In 2017, the financial losses of the national flag carrier amounted to Rs45 billion, which was 30% higher than that reported in 2016. “If we compare the savings with the hefty losses of PIA, it is just a meagre amount,” he remarked.