India university official urges students to kill each other

India university official urges students to kill each other 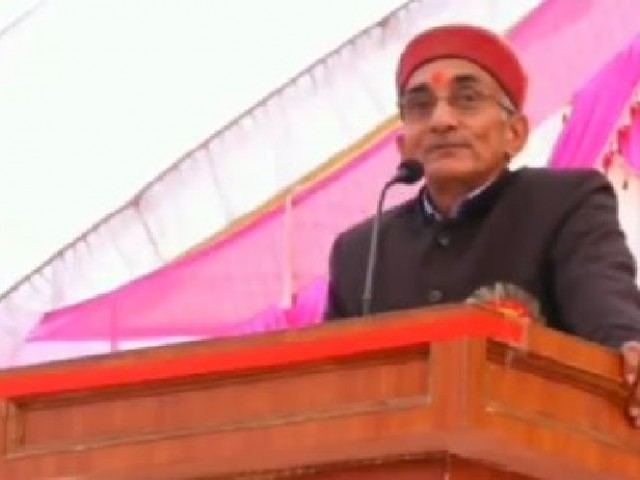 If you’re a student of this University, never come crying to me,” said Raja Ram Yadav, vice-chancellor of Purvanchal University, in a speech-Indian media. SCREENGRAB

NEW DEHLI: A top official at an Indian state-run university urged his students to “murder” fellow students if confronted instead of complaining to him, amid a wave of violence being reported from across the state where the school is based.

“If you’re a student of this University, never come crying to me,” said Raja Ram Yadav, vice-chancellor of Purvanchal University, in a speech, video from Reuters partner ANI showed.

Adding: “If you ever get into a fight, beat them, if possible murder them, we’ll take care of it later.”

Yadav was speaking on Friday at a college event in Ghazipur in Uttar Pradesh, India’s most populous state. In the same city, a police officer was stoned to death during violent protests on Saturday, though there is no indication of a link with Yadav’s remarks.

Uttar Pradesh is notorious for communal tensions and crime, and has been plagued by incidents of mob violence in recent weeks.

A senior police officer and another man were killed in another incident of violence earlier this month after local residents protested because they say they had seen some people slaughtering a cow, an animal sacred in Hindu culture. That was in Uttar Pradesh’s Bulandshahr district.