Hunt says the fight agains­t Islami­c State is not over
By AFP
Published: December 28, 2018
Tweet Email 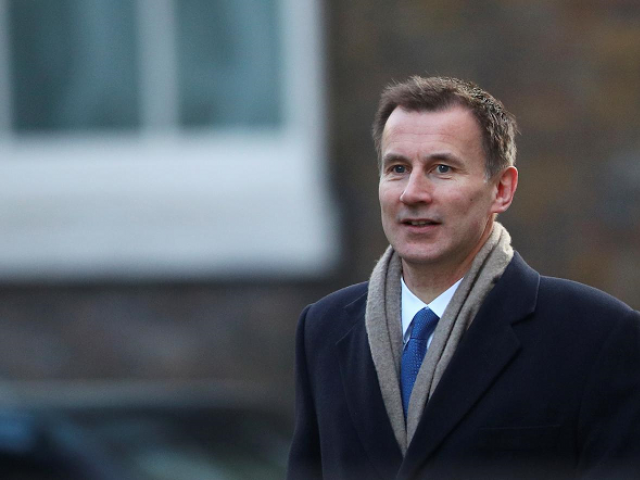 LONDON: British Foreign Secretary Jeremy Hunt on Friday criticised Donald Trump’s view of the world after the US president’s announcement of a withdrawal of American troops from the fight against the Islamic State group in Syria.

“We have made massive progress in the war against Daesh (Arabic acronym for Islamic State), but it’s not over and, although they have lost nearly all the territory they held, they still hold some territory and there is still some real risk,” he said.

“We have to continue to be vigilant,” he added.

Trump announced the pull-out last week, stunning allies including Britain and France who warned that the fight against terrorists in Syria was not finished.

Some 2,000 US troops, joined by other foreign forces, have been assisting local fighters battling against Islamic State.

Britain takes part in the coalition by carrying out air strikes in Islamic State-held areas in Iraq and Syria.

During a visit to Iraq this week, Trump declared an end to the US role of being the world’s ‘policeman’.

“We don’t want to be taken advantage of any more by countries that use us and use our incredible military to protect them,” he said.

Asked what would happen if US troops also withdrew from Afghanistan, Hunt said: “We will continue to do everything we need to do to make sure the streets of Britain are safe.

“This is a security issue for the UK as well as for Afghanistan,” he said.