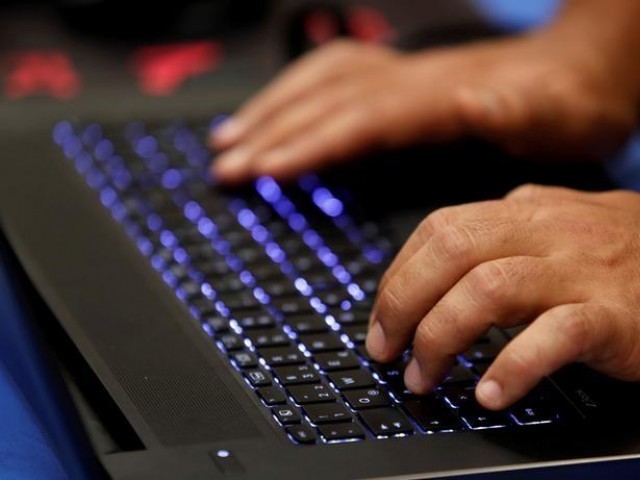 A man types into a keyboard. PHOTO: REUTERS

ISLAMABAD: The government has decided to conduct a national survey in a bid to gauge information technology (IT) skills of human resources and establish a mechanism for better utilisation of IT potential in Pakistan.

In that regard, the cabinet has approved the formation of the prime minister’s task force on IT and telecom. Sources told The Express Tribune that the government had decided that terms of reference of the task force would be amended to include a national survey of IT skills of human resources in the country.

The task force will also suggest a way forward to bring improvement in the use of IT. According to officials, the task force has been asked to establish a mechanism and set timelines for better utilisation of IT potential in Pakistan.

That came after the IT and Telecom Division requested the cabinet to give representation to people from the private sector.

The government has decided to appoint scientist and former science and technology minister Dr Attaur Rehman as co-chairperson of the task force. Microsoft (Pakistan) CEO Abid Zaidi and Inbox (Pakistan) CEO Mir Nasim have also been included in the task force as members for giving their vital input.

According to officials, the government is working to exploit the potential of youth in the IT sector by imparting training.

It desires to set up a model information and communications technology (ICT) Special Economic Zone (SEZ) in Islamabad under the industrialisation phase of the China-Pakistan Economic Corridor (CPEC) for stimulating investment in IT and related services.

Groundbreaking of the model ICT zone will be held soon, which is part of strategy to increase the share of IT and related services’ exports in total shipments from the country.

In order to implement the strategy, the cabinet has allowed the Higher Education Commission (HEC) to ink a deal with Huawei Technology Pakistan for the ICT talent development programme aimed at boosting IT-related exports.

Under this programme, Huawei will expand the scope of youth training in the IT sector which would also create jobs.

Pakistan has 60% youth population below 30 years of age and the IT sector has a lot of potential to create employment avenues. This will help the government to implement its manifesto of providing large-scale jobs.