Comedi­an Shafaa­t Ali saves the day by convin­cing the man to climb down in PM Imran's voice over phone
By APP
Published: December 23, 2018
Tweet Email 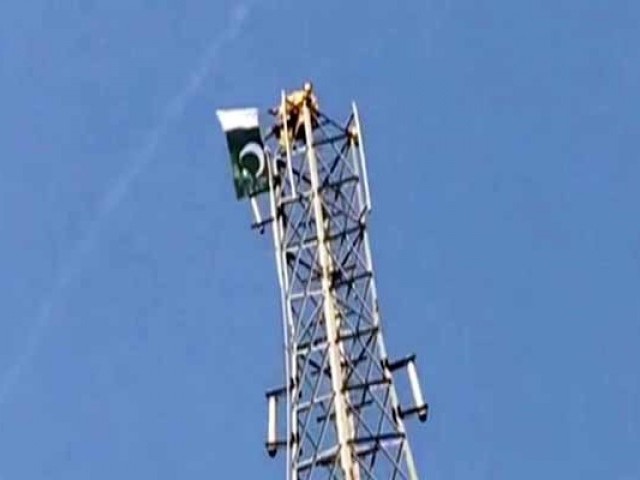 Comedian Shafaat Ali saves the day by convincing the man to climb down in PM Imran's voice over phone. SCREENGRAB

ISLAMABAD: A man climbed on top of a cellphone tower and demanded to be made Pakistan’s prime minister in Islamabad’s Blue Area on Saturday.

The Sargodha native, climbed up the tower in the federal capital demanding that he be appointed the country’s premier so he can fix the crippling economy, insisting he would be able to repay its debts within six months.

When authorities asked him to come down, he insisted that he would only speak to Prime Minister Imran Khan.

The situation took a turn for the worse when the man, who was waving the Pakistani flag, threatened to jump off if his demands were not met.

Comedian Shafaat Ali was called to the scene to convince him to come down. A mobile phone was then given to the man so he can speak to the prime minister. Ali mimicked PM Imran over the telephone, leading him to finally climb down.

Islamabad Police have taken the man into custody and shifted him to a nearby police station.