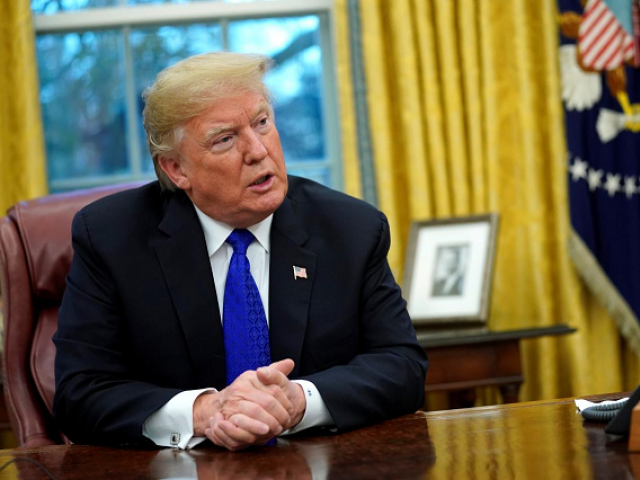 President Trump has been putting immense pressure on manufacturers to move jobs to the US. PHOTO: REUTERS

US President Donald Trump thanked Apple chief Tim Cook on Friday after the tech giant unveiled plans for a $1 billion campus in Texas that is expected to create thousands of jobs outside its Silicon Valley base.

“Thank you to @tim_cook for agreeing to expand operations in the U.S. and thereby creating thousands of jobs!” Trump posted on Twitter.

Thank you to @tim_cook for agreeing to expand operations in the U.S. and thereby creating thousands of jobs! https://t.co/2zOVxp9nTF

The new campus will be near Apple’s existing facility in Austin — which employs 6,200 workers — and will initially add 5,000 employees, with room to grow to 15,000.

In January the California-based company said it would invest $30 billion in the US over five years and create 20,000 new jobs, using some of the overseas profits repatriated at a rate lowered under the Trump administration’s controversial tax cut last year.

The president has been putting immense pressure on manufacturers to move jobs to the US, with the White House imposing heavy tariffs to counter what he calls unfair trade practices.

Trump’s warm praise for Apple stands in stark contrast to his response to General Motors after its decision last month to cut 15 percent of its workforce and close Canadian and US plants.

“I think it was nasty,” Trump told Fox News on Thursday, arguing that the recent revamp to the North American free trade pact meant GM would have difficulty shifting production to Mexico.

Employees at the new Apple campus will work in departments including engineering, research, operations, finance, sales and customer support, Apple said in a statement.

The company also plans to expand to over 1,000 employees each at new sites in Seattle, San Diego and Culver City, California, and add hundreds of jobs in Pittsburgh, New York, Boulder, Colorado, Boston and Portland.

Trump’s latest tweet was a response to Cook who on Thursday posted a ‘heart’ emoji separating the words ‘Apple’ and ‘Austin.’

“Proud to announce our newest campus there, along with plans for new sites in Seattle, San Diego and Culver City, CA as Apple expands operations and creates thousands of jobs across the US.”