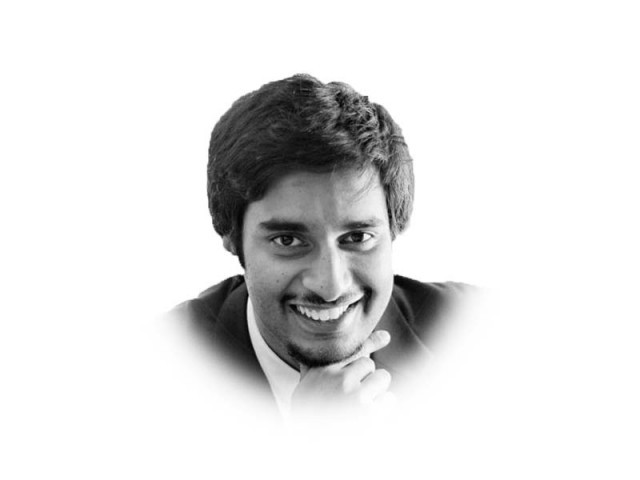 The world is currently witnessing the ‘Fourth Industrial Revolution’, which is characterised by a range of new technologies that are fusing the physical, digital and biological worlds, impacting all disciplines, economies and industries. It should come as no surprise then that the prime minister has recently met with founders and CEOs of both local and international tech giants such as Microsoft, Zong and Telenor to discuss digitisation and technology transfer in the country.

However, the fourth industrial revolution places a huge emphasis on information communication technology (ICT) skills to lead innovation which has given birth to perhaps the most significant form of ‘creative destruction’ that emphasises possession of such skills. This latest revolution can create a ‘digital divide’ that may drive the economic disparity between those who are digitally literate and those who are digitally illiterate to unforeseen levels.

According to the International Telecommunication Union, 52% of the world does not have access to the internet. This puts a sizeable chunk of population at a significant risk. In Pakistan, there is a massive youth bulge that needs to be absorbed into an increasingly-digitised world economy — yet roughly only a quarter of the adult population utilises the internet.

The Pakistani government does recognise the importance of the knowledge revolution as it aims to “improve Pakistan’s score on the World Bank Institute’s Knowledge Economy Index from 2.2 to 4.0 and increase internet penetration to over 50%,” according to its Vision 2025 plan. But why is it that we are lagging so far behind?

The first thing that comes to mind is infrastructure — however thanks to mobile internet that is no longer the issue. By 2016 GSMA intelligence claimed that 75% of the country had 3G coverage and as of now most urban centres have blanket 4G coverage; recently one operator has even launched 4.5G! The next obvious barrier could be rates. The World Economic Forum though claims that Pakistan has the world’s most affordable internet services.

However, the top two reasons for someone not using the internet stems from either their inability to use it or the fact that they do not see any value in doing so. A study conducted by the GSMA found that around 40% of mobile phone owners who do not use the mobile internet had difficulty understanding how to use their mobile handset.

Digital illiteracy is evident in our daily lives: the hired help at my house uses applications like Facebook and WhatsApp primarily to scroll for videos and pictures as he cannot comprehend other functions these platforms offer. Moreover, even drivers for ride-hailing services — which have disrupted the traditional taxi services in major cities — need to be guided to one’s location via phone call since they do not know how to navigate using location pins on Google Maps.

The first step to resolving this is largely symbolic — we need to recognise that the classic definition of literacy is no longer enough. Keeping the current dynamics in mind, the definition of literacy should include the ability to read and write and the capability of using digital technologies (such as a computer). The members of the Organisation for Economic Cooperation and Development follow this definition and it is no surprise that the top economies of the world correlate strongly with high technology adoption rates.

Similarly, teaching systems should now aim to increase ICT use in primary and secondary education: perhaps English and Urdu should be taught from a perspective of a ‘technology language’ instead of focusing just on grammar and vocabulary. In Singapore, children in elementary school use interactive toys that ingrain the concept of sequencing — a key concept for programming languages.

In parallel there is a dire need for a ‘skills anticipation’ department which helps build a labour force that has relevant skillset for the stakeholders and advises educational institutions on how to improve professional development of students and improve their employability prospects. Many European nations have such programmes as the European Commission estimates that 90% of current jobs require basic digital skills.

In all fairness, both the previous and current governments have done some work to address the problem by working on creating a conducive ecosystem that focuses on digital commerce, lifestyle and citizenship. Technology incubators have sprung up, public systems have begun digitising their processes and the K-P government recently announced a comprehensive digital policy for the next five years. However, the impact of all these initiatives has not trickled down to the masses due to their inability to utilise these services.

Pakistan stands at a major crossroads with a unique set of problems — roughly 60% of the population is below 30 years and face an uphill climb in completing the sustainable development goals. Enabling the population with digital skills can allow us to achieve all these milestones! Although people aboard the technology express are steaming ahead, without the necessary uptake of digital literacy a huge chunk of the population might just be left stranded at the station.