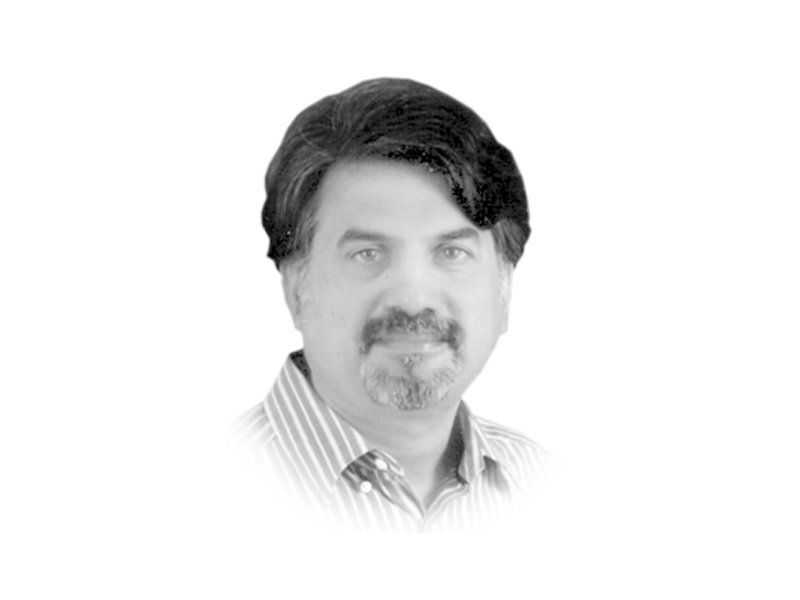 The writer is a member of the faculty of contemporary studies at National Defence University, Islamabad

President Donald Trump during his election campaign promised to end an era in which ‘our politicians seem more interested in defending the borders of foreign countries than their own’. Later when speaking on the occasion of announcing in August 2017 the re-viewed American strategy in Afghanistan and South Asia the President further said ‘we will no longer use American military might to construct democracies in faraway lands, or try to rebuild countries in our own image.’

Can one now say that the ‘crusading style’ of US foreign policy initiated by President Trump’s former three predecessors is finally coming to an end? Or are we witnessing the fall of American empire? Because traditionally declining powers always look inwards and decrease and diminish their expanded and enlarged ‘peripheral commitments’. So when US President Donald Trump writes a letter to Prime Minister Imran Khan seeking his help to finally mange a negotiated end to the Afghan conflict, should it be assumed that the United States has come full circle to realise that the $1 trillion that it spent fighting this war (the longest in US history) were wasted? Popularly known as an ‘impulsive president’ it was not long ago that he was using Twitter (which he calls his megaphone) to slur Pakistan writing “… they would take our money and do nothing for us. They are just one of many countries that take from United States without giving anything in return. That’s ENDING.” As it is, it seems it has not ended and President Trump who calls Afghanistan war ‘a complete waste’ wants Pakistan to continue doing something for the United States.

Calling them ‘bunch of inconsistent short-term strategies’ the American president since coming to power has taken many ‘turnarounds’ and made some very unpopular choices including walking away from Paris Climate Agreement, Iran Nuclear Deal, withdrawing US from the G-7 group’s joint communique, imposing tariffs on Canada, Mexico, China and the European Union and terming Nato obsolete — but a close analysis of all these presidential actions tells us that none of these choices that the president has made have been a means to an end but not an end themselves. They have not been ‘complete turnarounders’, ‘throw away’ or ‘absolute pushbacks’. So what convinces us that the US president’s current choice of ‘indulging in a dialogue process’ with the Taliban is a well thought-out strategy and not just a means to prepare suitable grounds for the United States’ ultimate withdrawal from Afghanistan.

American military presence in Afghanistan is far reduced than what it had been at the peak of its military engagement in Afghanistan. It maintained almost 1, 30,000 troops. Now it has a reduced its presence and maintains fewer than 18,000 troops deployed on missions such as training and advice, logistical support, intelligence and counter-terrorism. With such minimal American military presence, why would the Afghan Taliban seriously want to negotiate? The Taliban know that the US is now looking for an ‘honorable and enduring outcome’ and without successful negotiations with them the complete withdrawal of US forces from Afghanistan will not be possible as the consequences of a hasty and unplanned withdrawal for all the other stakeholders, including Pakistan, would be very damaging and unacceptable.

President Trump termed the ‘shift from the time-based approach to one based on conditions’ the core pillar of his Afghanistan strategy. Yet if we see the conditions on ground we find not the United States but the Taliban who seem to be much more assertive and in control in Afghanistan. The ‘diminishing staying power’ of the United States in Afghanistan is another factor that the Taliban have always waited for and predicted and as much as the world knows it, the Taliban too are aware that ‘the United States does not lose wars, it only loses interest in it.’ Unfortunately, for all the peace promoters, the conditions on ground favour the Taliban and it seems that even if peace will be negotiated, it will end up being negotiated on terms that would favour the Taliban. Whether and if those terms are acceptable to the United States will decide the ultimate outcome of the peace process and finally break the stalemate in the longest war fought in American history.

Whatever be the outcome, Afghanistan surely is a great example of the ‘failed remoulding’ that the United States tried to initiate as the unchallenged hegemon in many countries through its avoidable and exaggerated political and military interference.

The Afghan peace road map, it seems, is aiming at getting the Taliban on board before the initiation of the Afghan presidential elections in April 2019. That gives, like Americans, all the other stakeholders in Afghan peace some four months to reconsider and re-think. The involvement of China in the peace process is a welcome sign and China together with Pakistan has the diplomatic ability to convince the Taliban on its two erstwhile convictions — first, that the Kabul government is a dysfunctional puppet government with which it does not want to engage and second, there would be no talks before the complete withdrawal of the US troops from Afghanistan. If these two demands are reconsidered by the Taliban then definitely a window of opportunity may open up through which the final push towards a peace process can be made to take it to its logical end.

Another important question is: Can Pakistan utilise its expertise to manage a US-Taliban deal? Pakistan’s official position recently has been that its influence over the Taliban is being overstated. Yet if Pakistan in any way can help to broker this deal, it will not only help the CPEC-related economic rewards that it eyes but also to a great extent mend and repair its worsening relationship with the United States.

With the 2,611km (1622 miles) of border fence on the western front with Afghanistan likely to be completed next year, Pakistan has all the right reasons to push for a peace process which if successful would help Pakistan to reduce its military presence in the area and allow the government to focus its attention on the integration, construction, rebuilding and merger of Fata into the mainstream.

The inhumanity of humankind