No threat to govt if PM Imran can talk less, says Khawaja Asif

No threat to govt if PM Imran can talk less, says Khawaja Asif

PML-N leader says the incumb­ent govt is not threat­ened by a vocal Opposi­tion or the media
By News Desk
Published: December 7, 2018
Tweet Email 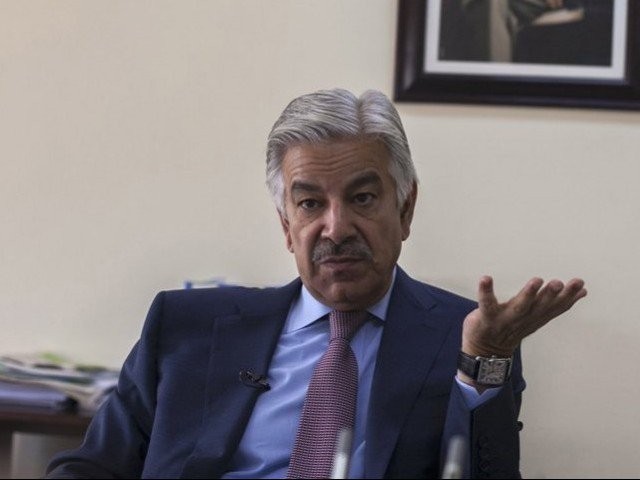 Veteran PML-N leader Khawaja Asif on Friday advised prime minister Imran Khan to rather ‘speak less’, saying the government was not threatened by a vocal Opposition or the media.

“The incumbent government is not threatened by a vocal Opposition or the media,” he stated in a Twitter post. “The threat cannot be averted if they fall silent.”

Asif went on to say, “The actual danger to the government is by the prime minister [Imran Khan] speaking,” and added, “[But] who can ask him to not speak.”

In a pre-recorded interview on Monday, the premier said, “when I come across any injustice [in the news] on the TV, and then, angered, I say to my wife Bushra, see what an injustice this is, and she says, you are the prime minister.”

The premier was also mocked by social media users over his idea to boost economy by providing chickens and eggs to the women living in the rural areas.

He had also reportedly hinted at midterm elections, which the Opposition said the country couldn’t afford at this stage.

In his address, the premier had also highlighted government’s performance, as well as laid out his plans to improve the economy and governance.