In his first ever interv­iew as prime minist­er, Imran Khan had hinted at early electi­ons in the countr­y
By News Desk
Published: December 4, 2018
Tweet Email 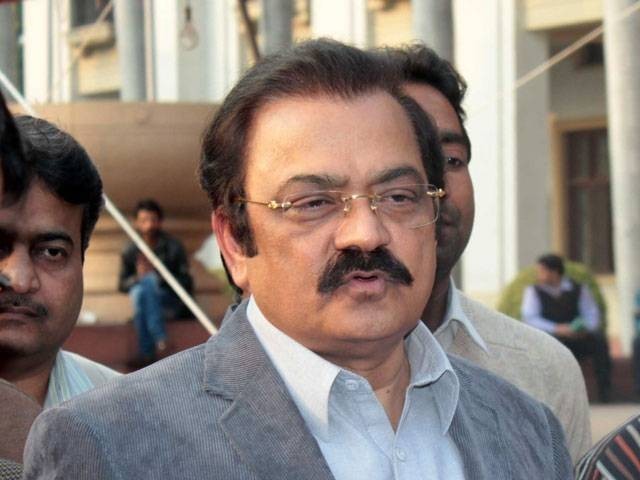 Pakistan Tehreek-e-Insaf (PTI) chief will himself step down as prime minister in a matter of six month, veteran PML-N leader Rana Sanaullah has predicted.

“The PTI is unable to run the government, and keeping in consideration the state of the affairs, Imran Khan will himself resign,” Sanaullah said while talking to media outside the top court on Tuesday.

The senior PML-N leader said the Opposition is allowing the government some time because the country cannot afford elections only after a time-span of three to six months.

If need be, he added, the change of government should be in accordance with the Constitution.

Sanaullah further said the National Accountability Bureau (NAB) is targeting only the political leaders belonging to the Opposition, and such action are not being taken against any ministers.

On Monday, senior PML-N leader Marriyum Aurangzeb has said that no one needs to topple the Imran Khan-led government, as the PTI chief and his Cabinet are ‘capable of self-destruction.

Terming PM Imran’s remarks on early elections a matter of grave concern for the nation, Marriyum had said it seemed the premier had realised that he couldn’t run the government. The PML-N leader went on to add that the prime minister didn’t have confidence in his own government.