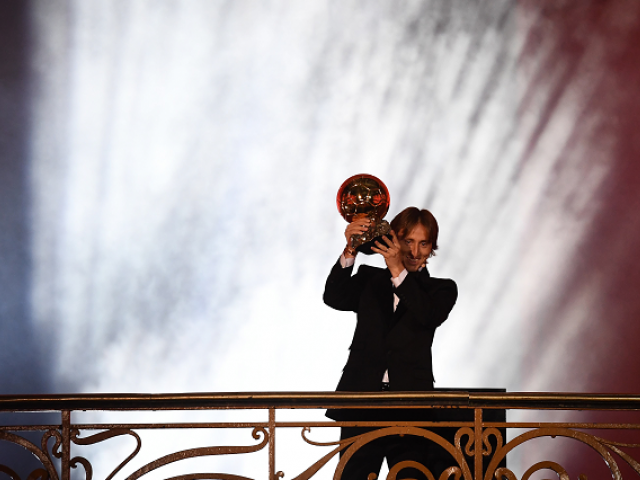 PARIS: Luka Modric saw off competition from France’s World Cup stars as the Real Madrid and Croatia midfielder won the Ballon d’Or on Monday to end a 10-year stranglehold on the award by Cristiano Ronaldo and Lionel Messi.

Modric, 33, was announced as the winner of the prestigious prize in a glitzy ceremony held in Paris at the Grand Palais, just off the Champs Elysees.

Ronaldo was a distant second, with France and Atletico Madrid striker Antoine Griezmann completing the podium.

Diminutive Modric stands as a giant among men

Another Frenchman, Modric’s Madrid teammate Raphael Varane, was seventh, just behind Liverpool’s Egyptian forward Mohamed Salah.
“As a kid we all have dreams. My dream was to play for a big club and win important trophies,” Modric said.

“The Ballon d’Or was more than just a dream for me and it is really an honour and a privilege to hold this trophy.”

Modric — the oldest winner since Fabio Cannavaro, also 33, in 2006 — was crowned after an outstanding year in which he starred in the Real side that retained the Champions League before heroically helping drag his country to the final of the World Cup for the first time in their history.

Croatia lost 4-2 to France in Moscow in the final in July.