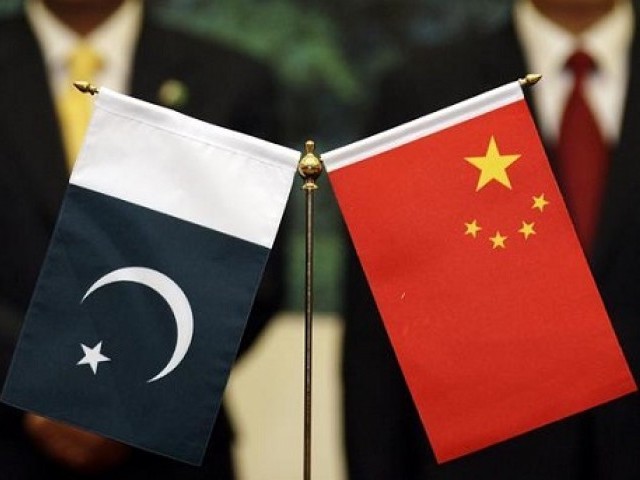 During a meeting of the Joint Working Group on Transport last month, Pakistan urged China to finalise implementation mechanism for the upgrade of 210km DI Khan-Zhob road and 110km Khuzdar-Basiam road. PHOTO: REUTERS

ISLAMABAD: Pakistan hoped on Monday to achieve a breakthrough by securing Chinese financing for a crucial project of the western route and sign an agreement on industrial cooperation during a meeting of the highest decision-making body of the China-Pakistan Economic Corridor (CPEC).

While giving a briefing on the status of CPEC projects, Planning Minister Khusro Bakhtiar reiterated that Pakistan had not offered any special treatment to Saudi Arabia under CPEC.

The minister gave the policy statement during a meeting of the Senate Special Committee on CPEC, chaired by Senator Sherry Rehman at the Parliament House.

Pakistan was trying to sign a framework agreement on industrial cooperation during the upcoming meeting of the CPEC Joint Cooperation Committee (JCC), said the minister. The meeting is expected to take place either on December 18 or 21 in Beijing.

Pakistan faces a shrinking industrial base due to growing share of the less job-intensive services sector in the national output.

During the meeting, Planning Secretary Zafar Hasan said the implementation agreement for setting up the Rashakai Special Economic Zone (SEZ) would be signed during the eighth JCC meeting. “Work on the Rashakai zone will start soon, while groundbreaking of the Dhabeji SEZ in Sindh may be held in June next year,” he said.

The true potential of CPEC could not be achieved without expanding its scope to industry and agriculture and fast tracking its implementation, commented Bakhtiar. Responding to a question, the minister said there was no possibility of a third-party strategic partnership and Pakistan had not offered CPEC platform for Saudi Arabian investment.

“There should not be any confusion on the issue of third country participation as CPEC remains a bilateral strategic initiative between China and Pakistan,” remarked Bakhtiar. The minister pointed out that both China and Pakistan had unanimously decided that some CPEC projects could be offered to third countries for investment.

“Any investment from Saudi Arabia will be in the category of foreign direct investment (FDI), but Pakistan is not extending any special treatment,” he said and added a Saudi Arabian oil company (Aramco) had shown interest in setting up an oil refinery in Gwadar and so had the United Arab Emirates.

However, confusion remains over the status of the western route of CPEC as senators from Balochistan have different points of view than what the government claims.

“It is not yet clear whether the western route will be funded under CPEC or the Public Sector Development Programme (PSDP), but the likelihood is that the majority of its part will be funded through CPEC,” Bakhtiar said, adding western route projects remained part of last three meetings of the JCC but no progress was made. “CPEC cannot be a substitute of the PSDP,” said the minister. The Zhob-Dera Ismail Khan project of the western route was being taken up with China for financing and an agreement could be reached during the JCC meeting, emphasised the minister.

During a meeting of the Joint Working Group on Transport last month, Pakistan urged China to finalise implementation mechanism for the upgrade of 210km DI Khan-Zhob road and 110km Khuzdar-Basiam road.

However, China was of the view that only mature and advance projects should be pushed forward.

The DI Khan-Zhob project, which is a very critical component of the western route, faces delay because of mishandling by Pakistani authorities over the past four years.

Planning Secretary Zafar Hasan said work on nearly $20 billion worth of CPEC projects had not yet commenced, adding financing modalities of the $8.2-billion mainline project of Pakistan Railways had not been finalised so far.

Progress on some of the energy projects remained slow after Pakistan managed to bridge the energy deficit, said the secretary.