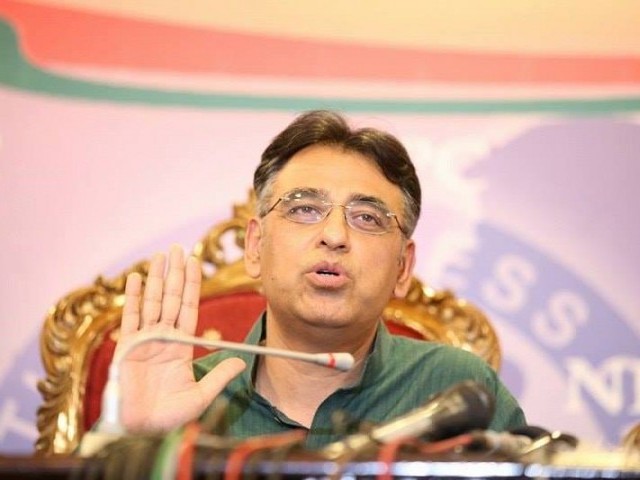 Prime Minister Imran Khan on Monday quashed reports that Finance Minister Asad Umar would be stepping down from his post, Express News reported.

According to the PM’s Office statement, there is no truth behind rumours that Umar is planning on handing in his resignation.

The finance ministry spokesperson also came out denying claims that there was a rift between Umar and Abdul Razak Dawood, Prime Minister’s adviser on commerce .

The spokesperson added that healthy debate is a part of the Pakistan Tehreek-e-Insaf (PTI) culture.

The finance ministry also said that these rumours were being spread by those with their own vested interests.

Recently, reports had emerged of rifts between Foreign Minister Shah Mehmood Qureshi and Tareen which were later dispelled by senior party leadership.