Pakistan, EU to team up in anti-terror fight

Pakistan, EU to team up in anti-terror fight 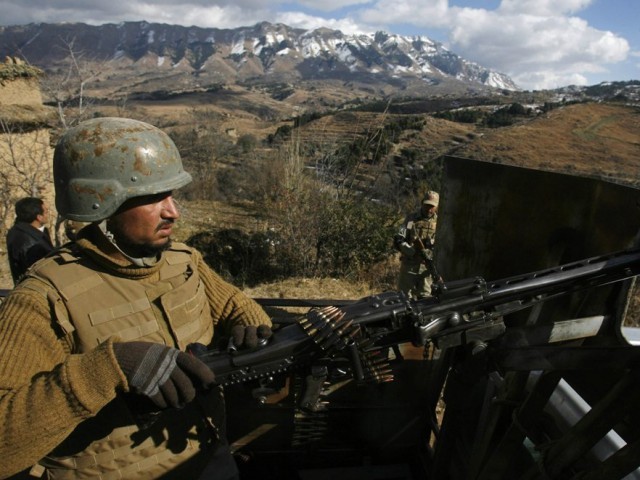 ISLAMABAD: Reaffirming that terrorism continues to pose a threat to states and societies across the globe, Pakistan and the European Union on Friday reiterated their resolve to jointly combat the menace in all its forms and manifestations.

The seventh round of Pakistan-EU Political Counter-Terrorism dialogue was held in Brussels. On the EU side, the dialogue was chaired by Pawel Herczynski, Director for Security Policy (EEAS) while on the Pakistan side, Ahmad Farooq, Director General Counter Terrorism, a Foreign Office press release said.

According to a joint statement of the dialogue, the parties held in-depth discussions and exchanged perspectives on a wide range of counterterrorism issues in a cordial and constructive manner. Both the sides reaffirmed their solidarity with the victims of terrorist attacks across the world.

The EU side appreciated Pakistan’s increasing efforts in fighting terrorism and emphasised the need for increased engagement on preventing and countering radicalisation, the press release added.

“The parties agreed to the need for a comprehensive approach to terrorism, based on the rule of law and protection of human rights and for enhancing cooperation in dealing with violent extremism in all its aspects, including preventing and countering radicalisation and addressing the root causes of thereof.”

Both sides also underlined their joint commitment to regional peace and stability. They underlined the importance of inter-faith dialogue and harmony as a key to promote tolerance and social cohesion in society.

The two sides reiterated their determination to work together in promoting international cooperation through fora such as the Financial Action Task Force (FATF) and the Global Counter-Terrorism Forum (GCTF).

They discussed the ongoing EU-Pakistan cooperation in the area of counter-terrorism and agreed to explore further avenues of bilateral collaboration, including the exchange of best practices and potential cooperation projects in mutually agreed areas.