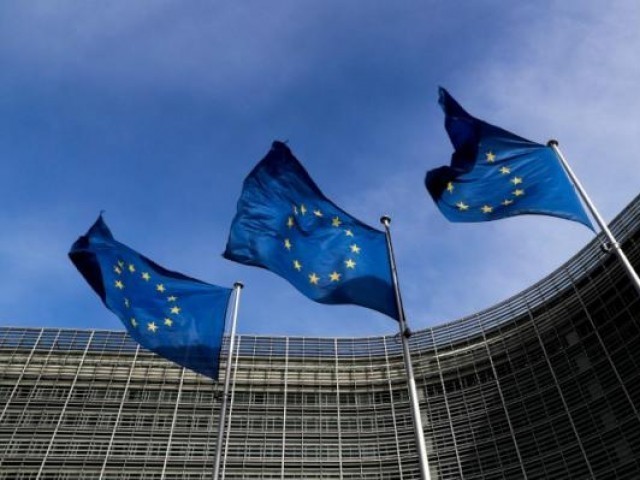 Will examine progress on 27 conventions linked with GSP Plus facility. PHOTO: FILE

LAHORE: An investigative mission of the European Union will visit Pakistan by the end of current month to assess the implementation of initiatives taken by the country to comply with 27 conventions which are linked with the GSP Plus preferential trade facility.

This was announced by EU Ambassador Jean Francois Cautain while speaking at Punjab office of the All Pakistan Textile Mills Association (Aptma).

“The EU Report 2017 states that there have been positive developments in strengthening the human rights framework and legislative actions on the rights of women, children, minorities and labour with legislation on stopping torture, juvenile justice and transgender rights in the pipeline,” the ambassador said. “However, there are areas of concern in implementation of various initiatives.”

Pakistan must step up efforts to ensure enforcement and implementation of the legislations, he said.

In his welcome address, Aptma Punjab Chairman Adil Bashir said Pakistan’s textile and clothing exports grew 23% in 2014, but shipments fell significantly in later years due to high cost of doing business in the country.

“However, the current government is keen to resolve the viability and growth issues in order to overcome the trade deficit,” he said.

He pointed out that Aptma had taken various sustainability initiatives and established the Sustainability Production Centre in association with GIZ, the Ministry of Textile Industry and five other textile associations.

He boasted that the centre had achieved many milestones so far and it guided the industry on compliance with social standards, skills development, energy and water conservation, use of renewable energy and improvement in resource efficiency in order to encourage reuse and reduce wastages.

He added that the government had also taken measures for improvement in compliance with the EU conventions.

Bashir revealed that the industry was now considering making new investment in technology upgrade and value addition in an effort to generate exportable surplus and create new jobs.

“The industry has planned to enhance exports by $27 billion with an investment of $7 billion in the next five years and create 1.5 million new jobs,” he said. “The government is working on facilitation measures to bring back competitiveness and growth to the textile industry.”