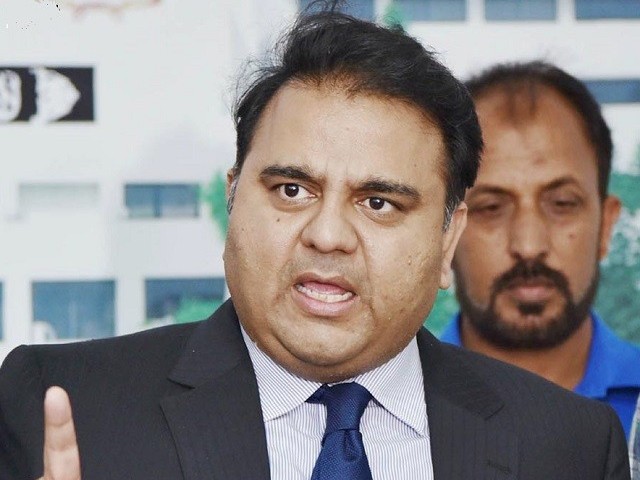 “Kashmir is the core issue and its peaceful resolution will be not only in the interest of India and Pakistan but all Saarc countries. Indian leadership should adopt realistic approach over Kashmir,” Chaudhry said on Friday while addressing a seminar on ‘All Party Kashmiri Parliamentary Group Report on Kashmir’.

“The moment Pakistan stops terrorist activities in India, the dialogue can start but the dialogue is not connected with only Kartarpur corridor. We will not participate in Saarc [summit either],” the Indian minister had told a press conference.

Talking with reference to Pakistan’s offer of talks, Fawad Chaudhry said dialogue is the only method to resolve all outstanding disputes with India including Kashmir. He said the sooner the Indian leadership changes its approach towards Kashmir, the better it would be for the region.

He said it will be foolish to believe that Pakistan is fomenting unrest in Kashmir as sentiments of freedom in the people of Kashmir are indigenous. Tens of thousands of Kashmiris take to streets for freedom movement which is manifestation of the fact that this struggle is not sponsored by anyone else.

“It is narrative of the hearts which cannot be changed through the bullets and guns. The more India would try to crush the peaceful freedom movement, the more the freedom movement will get momentum,” he said.

He said Pakistan does not consider Kashmir a dispute over a piece of land but a humanitarian issue involving fundamental rights of the Kashmiri masses. “Prime Minister Imran Khan told Indian media persons at the ground-breaking ceremony of Kartarpur corridor that peace is only way forward for both India and Pakistan and opening of this corridor is part of this policy.”

He quoted the PM telling Indian media that when pictures of weeping Kashmiri women and blood-soaked dead bodies of innocent youth surface on social media, the road to peace becomes murky.

He said Kashmir is in the blood of every Pakistani, and Pakistan has fought three wars with India on the issue. The minister said Indian author and intellectual Arundhati Roy has rightly said that Kashmir narrative has taken over entire Kashmir.

The minister said Pakistan enjoys overwhelming support of Kashmiri people. “Pakistan government and all other national institutions are desirous of peace in the region and want that Kashmiris across the LoC, and Punjabis and Sindhis across the border could meet each other by Kartarpur-like openings.”     ]

He said the idea behind opening of Kartarpur border is to promote peace in the region. The subcontinent used to be most rich economy of the world but now due to Pakistan-India dispute mainly over Kashmir large population in both countries is facing poverty.

“Peace is necessary for fighting poverty and ignorance in the region and durable peace could only be achieved through the means of dialogue,” he added. Senator Mushahid Hussain Sayed, Azad Jammu and Kashmir President Masood Khan also addressed the conference.