This is our time to live

This is our time to live

Critic­ise, demand, protes­t — do all that is requir­ed and is right to ensure that state appara­tus functi­ons for all.
By Ayesha Tammy Haq
Published: June 9, 2011
Tweet Email 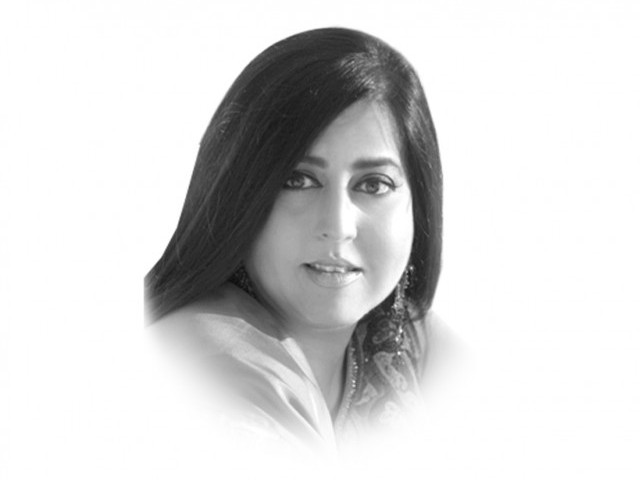 The writer is a lawyer and hosts “24 Seven” on Business Plus ayesha.tammy@tribune.com.pk

I am watching horrific scenes of the cold-blooded murder of a young man by Sindh Rangers being played over and over on television. Who listens? Who cares? We know this happens daily but, for some reason, we can’t seem to stop it. The cancer grows and threatens our very existence.

Is our world the product of a crazy CIA, RAW, Mossad, MI6 plan to destroy Pakistan or do we give them too much credit for what we have done to ourselves? All politics, as we know, are domestic, so it looks like the self-destruct button’s been on from day one. At first, the descent is imperceptible but as the ground looms, the realisation sets in that this is it, unless you can change course. How to change course? A zillion thoughts fly around in my head but first we need to figure out what it is we want and how to tackle it.

I, for one, would like to live in a strong, viable, democratic Pakistan. At the moment, I live in democratic Pakistan, not a particularly strong brand of democracy. There is little or no governance, rule of law, accountability, the list is endless. Its institutions — the judiciary, the executive, the legislature and military — are, thanks to decades of neglect, weak and shaky, but it’s still viable. Tackling the problem, now that’s way more difficult.

They say before you can do anything you have to get really angry, so angry that you are not willing to take what’s dished out. However, as it turns out, we are not angry enough but are filled with a corrosive bitterness. We use this to swipe at everything and everyone and in doing so we erode the very institutions required for the Pakistan I would like to live in. Of the main protagonists, the president is up on top of the hate pile, though after Saleem Shahzads murder, Generals Kayani and Pasha are a close second and, despite his stint as the most popular man in Pakistan, the Chief Justice is rapidly losing fans to perceived skewed priorities. Of course, everyone hates all politicians, no one is worthy even of grudging admiration and everyone hates the bureaucrats for they do no work. This is definitely not a good situation to be in. We dismantle the state apparatus, put nothing in its place and don’t see the vacuum being filled by those who cannot come through the democratic process until it’s too late.

Criticise, demand, protest — do all that is required and is right to ensure that the state apparatus functions and works for all of us. In doing so, we need to understand that things won’t jump into high gear just because we say so, the machine is so severely damaged that we should be prepared for a slow and arduous crawl. Also be prepared for all those who bay for blood. Ritual sacrifice is easiest, briefly satisfying our impatience, but it does not address the real problem. The buck may stop with the president but he doesn’t have the power to reign in the military. Similarly, everything that needs fixing in Pakistan cannot find itself in the Supreme Court. And while extremism and disproportionate defence spending is a major problem, we cannot dismantle the military. In all this bickering, incompetence and corruption thrive — paving the way for militancy.

We need to understand that the institutions that make up the system cannot exist in isolation. There needs to be some sort of equilibrium for the system to survive. The system here is attacked from all fronts, including internally, is primed for implosion and will be the first big casualty of the war that is being waged internally on Pakistan. We can descend into complete chaos, into a state of anarchy, or we can support our weak and damaged institutions, we can stop and think before swiping, we can direct our anger in the right direction, engage in the political process and emerge to challenge those who are damaged and compromised. Politics may be dirty but it doesn’t need to be. The transition will be difficult and ugly but it’s already happening, new faces emerge each election but many more are needed. Let’s build critical mass and change Pakistani politics.

The perils of preventing terror