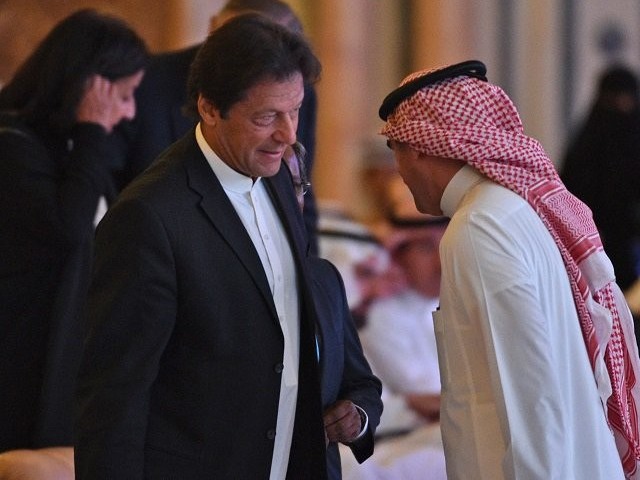 KARACHI: The Pakistan Tehreek-e-Insaf (PTI) formed a government after its victory in the 2018 general expectations amid high expectations.

With a new prime minister at the helm, it was imperative for the PTI government to maintain good foreign relations with Islamabad’s allies and countries which have been at odd with Pakistan and also bring about a new way forward in relations with New Delhi.

The newly-formed government’s first international interaction was at the 73rd United Nations General Assembly session in September. In a break from tradition, Prime Minister Imran Khan skipped attending the UNGA to focus on the country’s economy. The Pakistani delegation was led by Foreign Minister Shah Mehmood Qureshi.

While FM Qureshi was supposed to have an important meeting on the sidelines with Indian FM Sushma Swaraj, the meet was called off by India.

“I met with President Trump at the reception where I had the opportunity to discuss Pakistan-US relations with him. I requested him that we have had cordial relations and need to rebuild them,” FM Qureshi said.

PM Imran’s first foreign visit was to Saudi Arabia at the invitation of King Salman bin Abdulaziz and Crown Prince Mohammad Bin Salman. He met with the kingdom’s top brass to discuss the regional security situation and touched upon issues of mutual interest. On the same tour, he also visited the United Arab Emirates and held talks with Crown Prince Sheikh Mohammed bin Zayed. 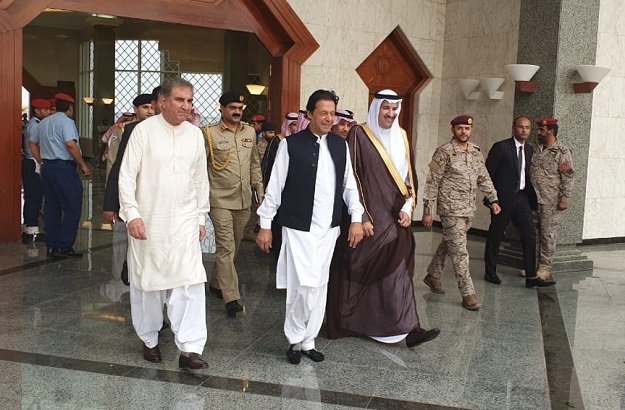 On his second trip to Saudi Arabia during the first 100 days, the PM secured a $6billion lifeline in the form of cash assistance and oil on deferred payments.

The prime minister also made an official visit to China and met with Chinese President Xi Jinping. The visit to China was deemed successful as it brought promises of economic aid. 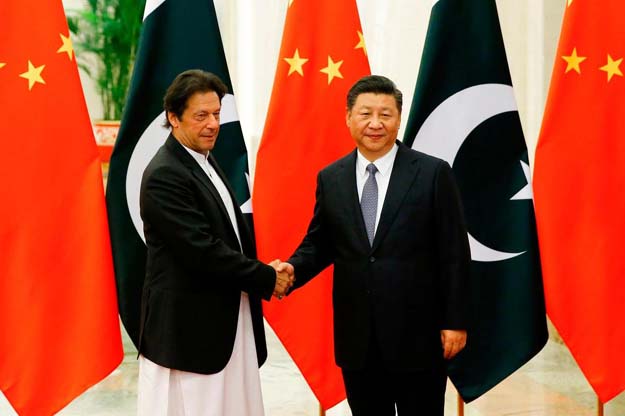 During the China trip, the premier also met his Russian counterpart Dmitri Medvedev on the sidelines of the China International Imports Expo.

The PM also visited Malaysia on a two-day visit. This was the first state by any foreign leader since Malaysian President Dr Mahathir Mohamad assumed office in May.

During the visit, PM Imran’s interaction with Malaysia’s first lady went viral after the latter asked to hold his hand during a press photo.

During the first 100 days, FM Qureshi also visited Kabul to meet senior Afghan leadership. He held a one on one meeting with Afghan President Ashraf Ghani in Kabul where the region’s security situation and bilateral relations were discussed.

The government’s first 100 days also saw diplomatic visits by US Secretary of State Mike Pompeo, who was accompanied by Chairman of Joint Chief of Staff General Joseph Dunford and Trump’s special envoy Zalmay Khalilzad. Talks were first held with the foreign minister and then with Prime Minister Imran Khan.

Discussions on bilateral, regional and international issues take place between Pakistan and the US. FM Qureshi underscores the need to reset bilateral ties on basis of mutual trust and respect. Safeguarding Pakistan’s national interests will remain supreme priority. pic.twitter.com/WhINcNRbZT

No head of state visited Pakistan during the first 100 days of PTI’s government.

The army chief called on PM Imran four times during the first 100 days. The first visit came after the PM assumed office, the second before Pompeo’s visit to discuss Pak-US relations.

In the third meeting, the COAS was accompanied by ISI chief Naveed Mukhtar.

The fourth meeting came after PM Imran’s visit to China, where both discussed the visit as well the security situation after TLP’s country-wide protests.

The premier also visited the General Headquarters (GHQ) once to attend a crucial briefing by the army chief on defence and internal security matters.

Prime Minister Imran Khan arrived to visit GHQ. Received on arrival by COAS. PM being briefed on defence, internal security and other professional matters.
Ministers of Defence, Foreign Affairs, Finance, Information and Minister of State for Interior are accompanying the PM.

No force can damage our ties with Pakistan, says China