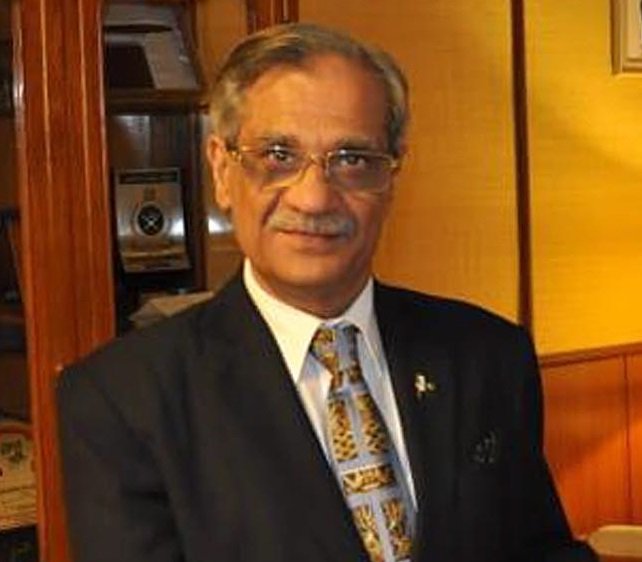 ISLAMABAD.: After holding an international symposium on ‘Creating a Water-Secure Pakistan’ last month, Chief Justice of Pakistan (CJP) Mian Saqib Nisar, who is set to retire on January 17, will hold a two-day conference on population control next month.

The conference will be organised by the Law and Justice Commission of Pakistan (LJCP) on December 12 and 13. The CJP is also chairman of the LJCP. Prime Minister Imran Khan, who is the chief executive of the country, has been invited to attend the upcoming conference.

All chief ministers and cabinet members will also attend the conference, which will be unprecedented.

The LJCP is also organising a donor conference of local businessmen to collect donations for construction of the Diamer-Bhasha and Mohmand dams. That donor conference will also be held in December. Talking to The Express Tribune, LJCP Secretary Raheem Awan confirmed the development.

The CJP had also constituted a task force to curb population growth. The task force gave a number of recommendations, which have been widely published in media on the directions of the apex court.

A senior official revealed that the judiciary led by CJP Nisar was following up on the implementation of proposals and resolutions announced on the water issue, population growth and education reforms.

Since restoration of judiciary in March 2009, the superior judiciary kept its distance from executive and did not arrange events, in which the PM, CM and cabinet members could be invited. Even former CJP Iftikhar Chaudhry had repatriated judicial officers, who were working on administrative posts.

The critics of the incumbent CJP believe that tracheotomy of power is being violated. They say instead of putting his own house in order, the incumbent judiciary is spending much of time in matters, which purely come in the domain of executive.

Despite taking numbers of steps to make civilian institution accountable, the judiciary has been unable to bring reforms in the justice system. Presently, 39 689 cases are pending in the apex court.

Despite the lawyers demand, the Judicial Commission of Pakistan (JCP) rules could not be amended to make the process of judges’ appointment more transparent. A member of the JCP told The Express Tribune that CJP, who is also the JCP chairman, had formed a committee to review the rules of commission but no meeting was held in this regard.

The CJP had also vowed that all complaints of misconduct against judges would be decided till end of July but cases were still pending. Since 2005, more than 340 complaints about alleged misconduct of judges had been registered but only one judge, Shaukat Aziz Siddiqui, had been ousted.

No one knows the fate of other pending complaints except that one complaint against the Islamabad High Court outgoing chief justice Muhammad Anwar Kasi was rejected.

Despite facing criticism over alleged violation of trichotomy of powers principle, CJP Nisar’s ongoing judicial activism has apparently been supported by the people of the country.

According to a Gilani Research Foundation Survey carried out by Gallup & Gilani Pakistan, 57 per cent people rate CJP’s performance in past one year as ‘commendable’ (good or very good).

The foundation claims that the recent study was carried out among a sample of 1,550 men and women in rural and urban areas of all four provinces of the country from August 27 to September 3. Error margin is estimated to be approximately 2-3 per cent at 95 percent confidence level.

Talking to The Express Tribune, renowned lawyer Faisal Siddiqui said, “Unlike the liberals and politicos who dislike the CJP, this survey shows that common people consider the judicial activism of the CJP as judicially legitimate.”