Tents set up in Lahore for the homeless

In line with the directives of Prime Minister Imran Khan, the Lahore district administration has set up temporary shelters in tents for passengers and homeless people.


A spokesperson for the district administration on Saturday highlighted that construction of permanent shelter homes would take time so the government had decided to provide the needy people refuge in the temporary shelters.  He said temporary shelter homes had been set up near Data Darbar, Sabzi Mandi, Railway Station and Thokar Niaz Baig, where passengers could spend the night and enjoy meal. 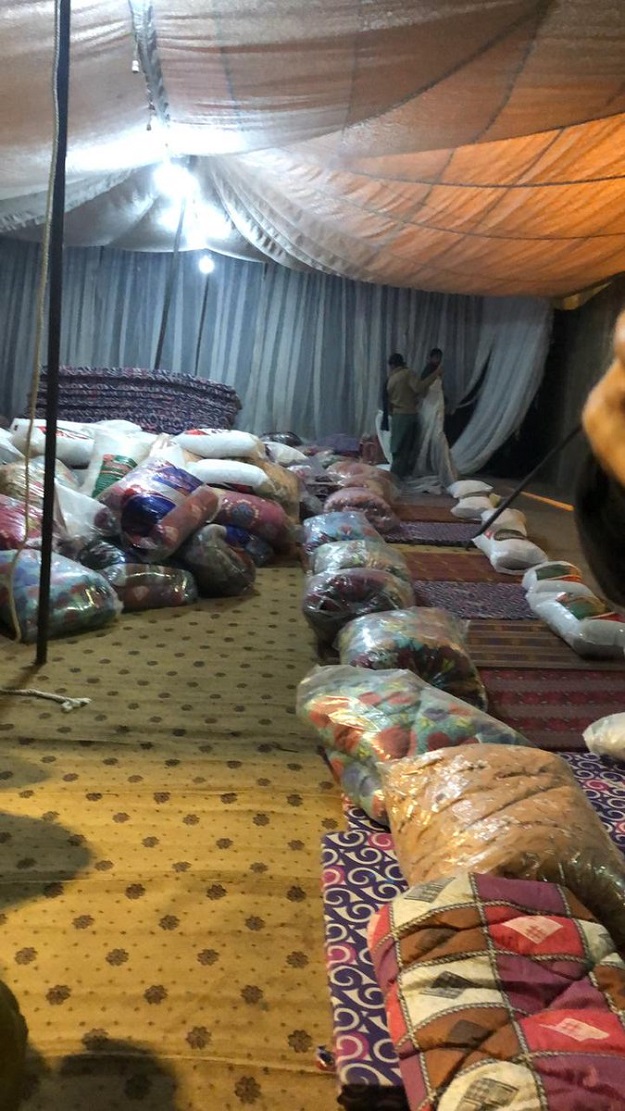 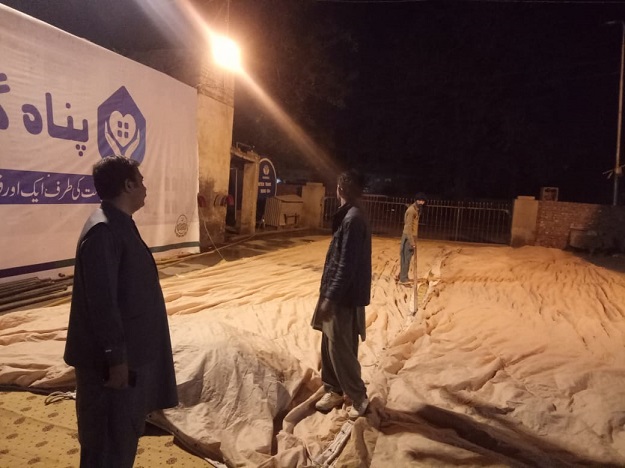 Lahore Deputy Commissioner Saliha Saeed visited the makeshift shelter homes and inspected the arrangements. She said the government had also made security arrangements for the temporary shelter homes.


Tents being setup in Lahore today as temporary Panah Gahs (shelters) for the homeless sleeping on the footpaths of the provincial capital. pic.twitter.com/psrsOnVfNG


I have asked CM Punjab to set up tents for people sleeping on footpaths and provide them food until the Panah Gahs (shelters) are built, as the weather is turning increasingly cold. Peshawar and Karachi spots also being located.

She directed the assistant commissioners and other officials concerned to improve the facilities in the shelter homes.  The DC said development work for permanent shelter homes was under way and would be completed in the minimum possible time.

Today I laid the foundation for 1st of 5 shelters for the homeless in Lahore & one in Pindi to be followed by shelters in other cities. We are committed to building a social net for our poor citizens so everyone has a shelter over his/her head & access to health & education pic.twitter.com/4QCXfEzgJK

Prime Minister Imran Khan instructed the government of Punjab to set up tents for the homeless and provide them meals as temperatures drop across the country. He then shared pictures of tents being set up to accommodate the homeless in Lahore.

The premier added that similar measures would be taken in Peshawar and Karachi and their locations were being finalised.

The PDP Foundation, an NGO that uses sports for development efforts in the country, estimates that there are about 20 million homeless people in Pakistan. A 2016 UNDP report says 4 out of 10 Pakistanis - which is approximately 80 million people - live in 'multidimensional poverty'.

Multidimensional poverty, a metric used by Pakistan, aggregates different factors such as access to health, education and infrastructure to elucidate poor people's experience of deprivation.

There's a markedly higher rate of poverty in the northern areas and Balochistan. Cities like Islamabad and Lahore have less than 10 per cent multidimensional poverty, while Balochistan's Qila Abdullah, Harnai and Barkhan have more than 90 percent.