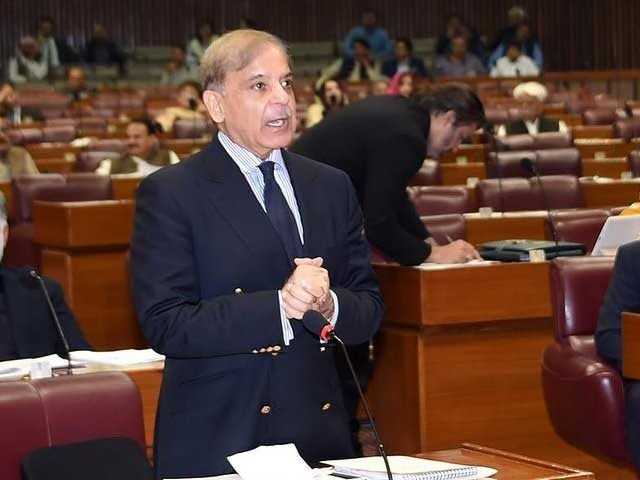 Leader of the Opposition in the National Assembly Shehbaz Sharif on Friday claimed that Prime Minister Imran Khan had offered a ‘National Reconciliation Ordinance’ (NRO) to his sister Aleema Khan – allegedly the owner of benaami properties in UAE – while he remained under custody without any evidence, Express News reported.

PM Imran had said an individual who did not take decisions according to the situation was not a true leader. “[Adolf] Hitler and Napoleon [Bonaparte] would not have suffered losses if they had taken U-turns.”

Not a real leader if one doesn’t take timely U-turn: PM

Repeating the statement, Shehbaz asked how the world would perceive Pakistan if its premier boasted about taking U-turns. “The other countries would think we sign agreements and take U-turns. What happens if the foreign minister returns with a MoU but the premier dismisses it?”

“The statement puts Pakistan at a disadvantageous position. The government should act responsibly,” he added.

Shehbaz further asserted that the Parliament will debate if the premier made irresponsible comments. “On his Malaysia trip, he said the entire opposition is headed to jail. You [PM Imran] are not a dictator but an elected premier,” cautioned the opposition leader.

The PML-N president warned the government to refrain from issuing threats. “We have gone through these streets before, we are not afraid to face tough situations,” he added.

“We have faced dictators. Pakistan Peoples Party has sacrificed lives. I have been wrongly accused of corruption – arrested without proof while PM’s sister has been offered a NRO.”

In pictures: Terror attack on Chinese consulate in Karachi