Imran says Hitler and Napole­on suffer­ed huge losses becaus­e they did not take U-turn when requir­ed
By Our Correspondent
Published: November 16, 2018
Tweet Email 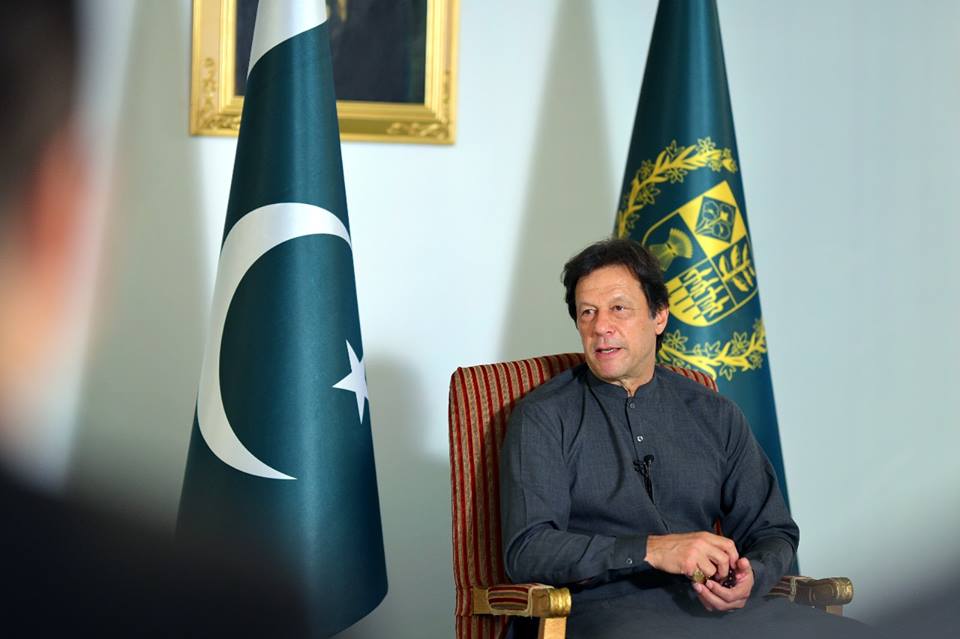 ISLAMABAD: Prime Minister Imran Khan on Friday defended himself against the opposition’s allegation of taking U-turns, saying that the person who did not take decisions according to the situation was not a true leader.

Talking to columnists at the Prime Minister Office, Khan said that after completing the first 100 days in office, the government would unveil an all-inclusive and comprehensive programme for the country, covering education, health, poverty reduction and other sectors.

“One who doesn’t take decisions according to the demand of the situation is not a true leader. [Adolf] Hitler and Napoleon [Bonaparte] would not have suffered losses if they had taken U-turns,” he said. However, referring to former prime minister Nawaz Sharif, Khan said Sharif did not take a U-turn in court but he lied in the National Assembly.

Pakistan to be a competitive market: Imran

After completing the 100-day period, which is due later this month, Prime Minister Khan said the government would unveil an all-inclusive and comprehensive programme on education, health, poverty reduction and some other areas. “Currently the country is going through tough situation but the people will feel a visible change within next few months.”

Khan regretted that no efforts were made to strengthen democracy in Pakistan. “Instead of democracy, the trend of kleptocracy was promoted in the country where the rulers continued to use the government for their personal gains,” he said, adding that cronies were appointed in institutions so that they did not hinder the corruption of the ruling elite.

“In this way the white-collar crime was promoted,” he continued. “We are not fighting against the democrats but against those who destroy the country,” the prime minister said. “The country cannot achieve progress without real democracy.”

According to Khan, an estimated $1 trillion was transferred from the poor nations to the rich countries and Pakistan was among those countries from where the elite transferred wealth through money laundering. He added that curbing money laundering was a priority of the government because it cost the country $10 billion every year.

“Accords have been signed with Switzerland, the UK and the US to collect information on money laundering. Some information has also been collected from Dubai,” he said, adding: “The information reveals as to why the people had needed Iqama (residential permit).”

“Despite all the foreign aid received so far, Pakistan is still considered as a Third World country. It is unfortunate that we still do not know as to how much resources we have. No effort was made to explore resources,” he said, adding that only 6 per cent of Pakistan’s oil and gas reserves have been utilized so far.

Talking about the 2018 election, the PM said that Pakistan Tehrik-e-Insaf (PTI) faced defeat on some 55 seats – 14 National Assembly and 40 provincial assembly seats – with the margin of just 3000 to 4000 votes. “The government gave a clear offer to the opposition for opening of any constituency about which they had any complaint,” he said.

“Some people know … when all facts will come in the open what would be their future,” he remarked. He said that Jamiat Ulema-e-Islam-Fazl (JUI-F) chief Maulana Fazlur Rehman and other politicians were making hue and cry because they knew that after their rout in Khyber Pakhtunkhwa, they would be defeated in other areas of the country also.

He said the PTI was re-elected in K-P with a two-thirds majority otherwise the province is known for not re-electing any political party. “The reason is the people-oriented work of the PTI government in the province,” the premier said.

Talking about the economic situation, the prime minister said the government tried its utmost to cope with the issues of fiscal and current account deficits. “The issue has been addressed for the time being with the support of friendly countries,” he said, as he described his China visit in the first week of this month as successful.

Khan said that at present the foreign remittances hover around $15 to 20 billion through the banking channel and an equal amount through illegal channels like Hundi and Hawala. “The government is facilitating the overseas Pakistanis and encouraging them to send remittances through banks.”

Discussing the huge losses incurred by the public sector entities, the PM said the circular debt in power sector had swelled from Rs400 billion in 2013 to Rs1,200 billion in 2018, gas losses had increased to Rs150 billion, PIA losses touched Rs400 billion mark and the Pakistan Steel Mills faced losses of around Rs400 billion, the Utility Stores Corporation faced loss of Rs14 billion and Pakistan Post was under deficit of Rs9 billion. However, he added, the government would gradually overcome these issues.

Responding to a question, the prime minister said that the government had started reforms in the Federal Investigation Agency (FIA). About the National Accountability Bureau (NAB) he said it was an independent entity but hoped that bureau would review its capacity to take the cases to logical end according to its current strength and human resource.