Today's poets should write about the harsh realities of society: Javed Akhtar

Today's poets should write about the harsh realities of society: Javed Akhtar 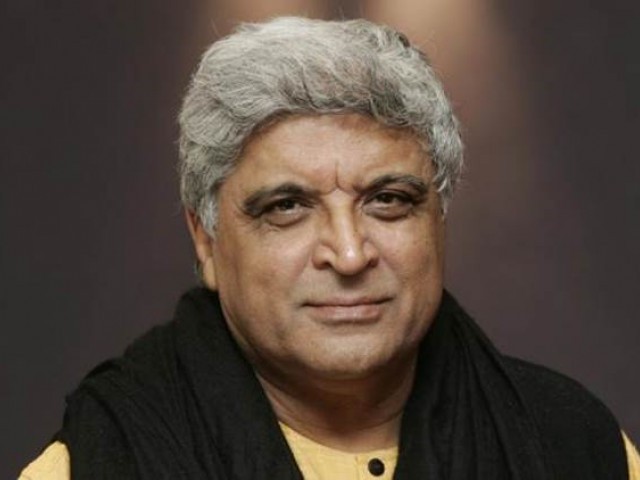 During the session, Akhtar spoke of Faiz Ahmed Faiz’s work and also went on to recite his own poetry. Pakistani poet and playwright Amjad Islam Amjad and writer Yasmeen Hamid pitched in on various topics including poetry, literature and the challenges millennial face in this day and age. 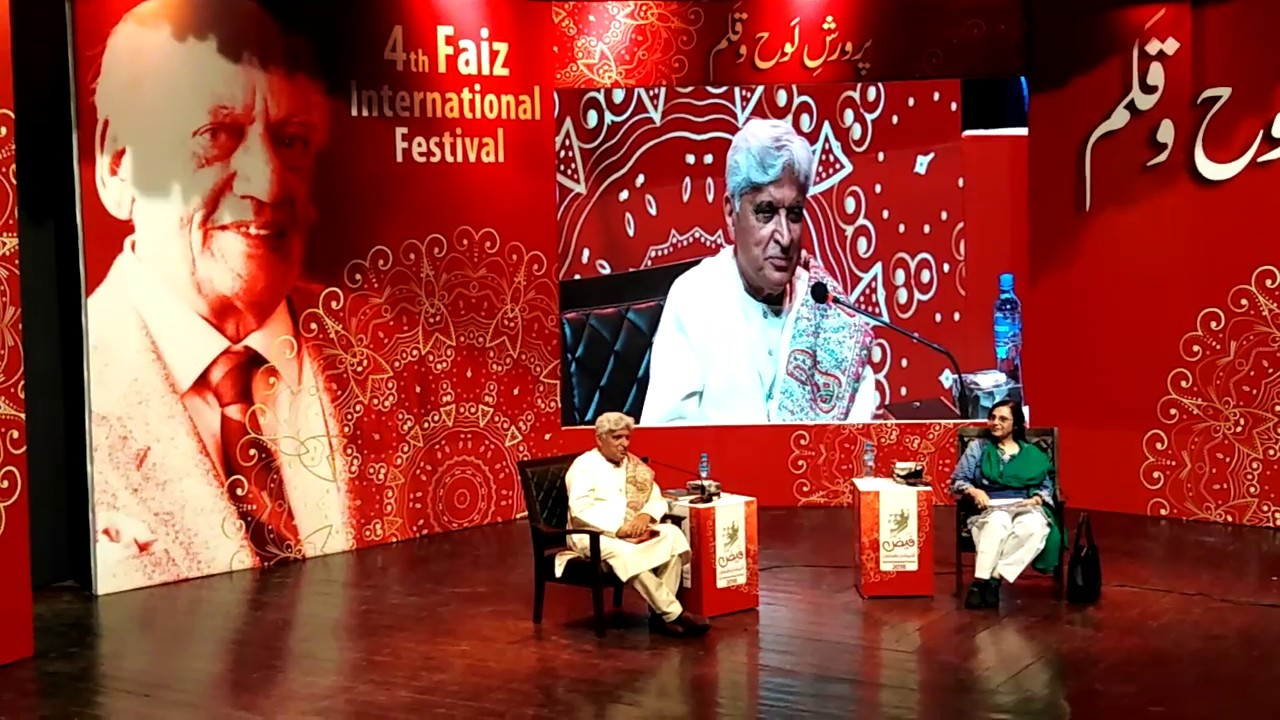 They touched upon the issue of the youth not embracing their own culture rather following the West. Not only for music and art, but the current generation also uses English as a medium of everyday communication.

“Poetry plays an important role in changing the trends and people’s tastes. Therefore, it is necessary for the poets of today to speak of the harsh realities of the society ,” Akhtar stated. “Poetry has the ability to change people’s beliefs so poets should really take their work seriously.”

He continued, “Nothing is more important than peace and love. Shabana and I came to Pakistan with a message of love and all artists should spread love among people.” The Ek Ladki Ko Dekha lyricist added that he is overjoyed with the love and care he has received from the people of Pakistan. Azmi and Akhtar plan on coming back for next year’s Faiz International Festival. 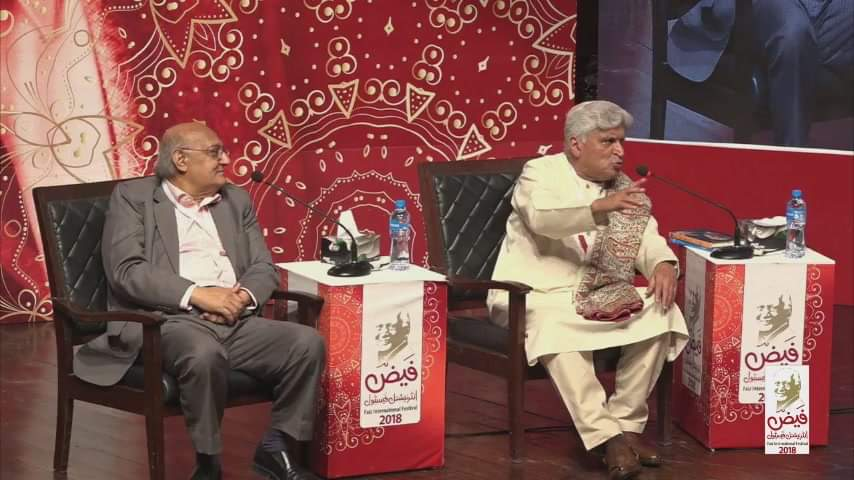 While Akhtar carried out the ‘Sunany Walo Ke Naam’ session, Azmi led the ‘Kaifi and Faiz’ session on the first day. Speaking of her father (Kaifi) and his relationship with the legendary Faiz, the Arth actor had said, “My father and Faiz Ahmad Faiz were progressive and revolutionary poets who spoke of ground realities and public situations within their poetry.”

Holding the session alongside Faiz’s daughter Salima Hashmi, Azmi added, “Their poetry stimulated from work and struggle wherein they asked the public to never lose hope. There’s a reason people still take guidance from the poetry of Kaifi and Faiz.” 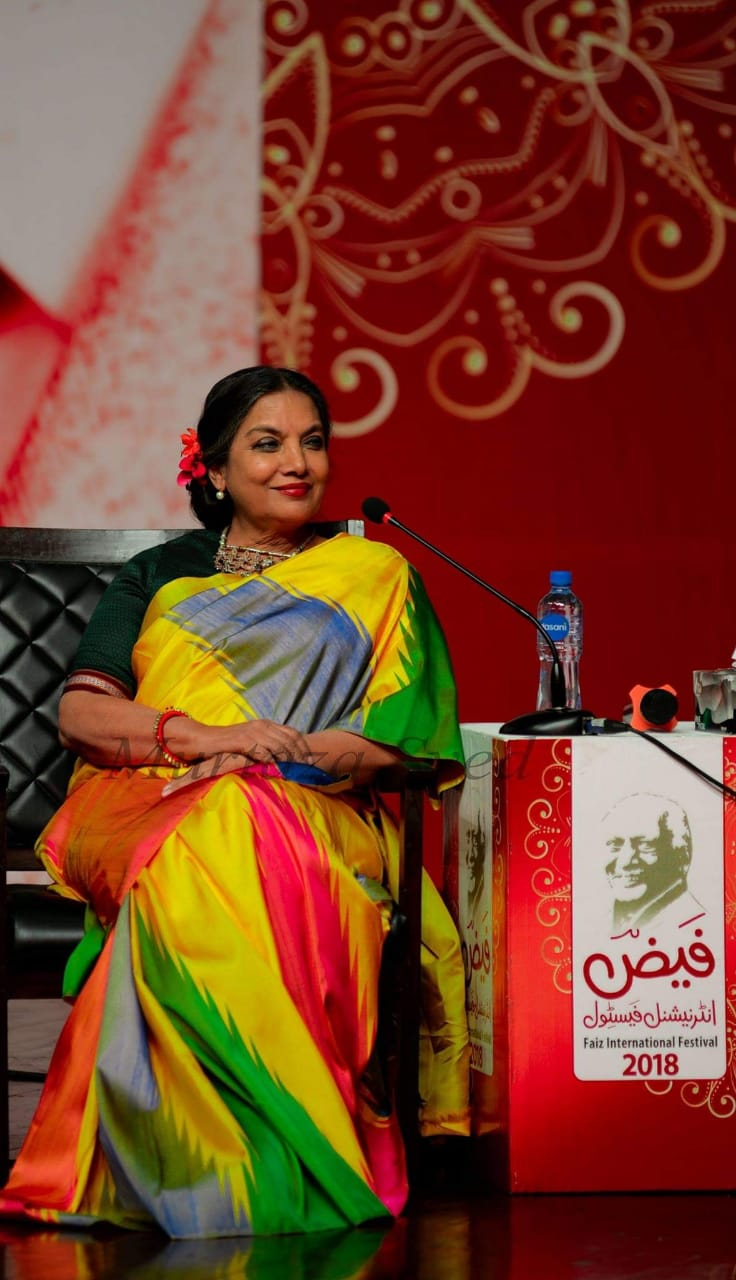 The mela’s first day also saw an exhibition at Alhamra Art gallery featuring posters of Faiz Ahmad Faiz and his work. A play titled Kaala Mainda Bhes  by Ajoka Theatre paid tribute to their late founder, Madeeha Gauhar. Furthermore, Akhtar made an appearance during the ‘Muhabbat Ki Zubaan’ session where he recited his favourite poetry to a very happy crowd. The night ended with a musical performance by singer Tahira Syed.

This year’s three-day fete witnessed around 100 celebrities in attendance, both local and foreign. 30 international scholars were present too, all speaking at different sessions.

5 ways to lose weight without exercise