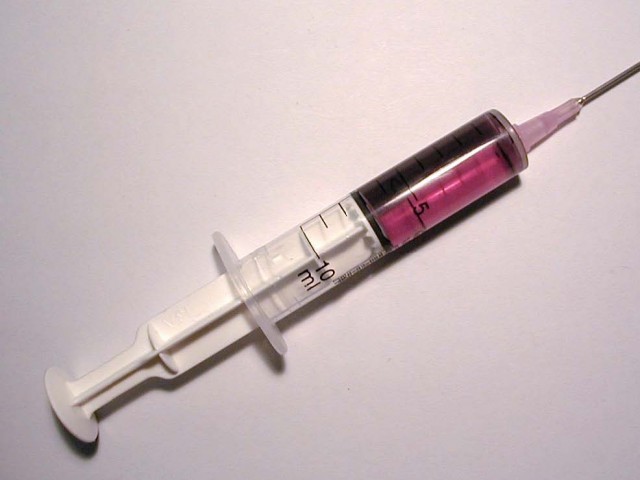 RAHIM YAR KHAN: A 60-year-old man died on Thursday after reportedly being given the wrong injection at a private clinic in Khanpur.

According to details, Dar Muhammad, a resident of Chachran Sharif area, was suffering from fever. In a bid to get treatment, he went to a private clinic in the area which was run by Doctor Azhar Shah.

After examining the patient, the doctor administered an injection to him. However, after a few minutes, Dar Muhammad’s condition deteriorated and he passed away. The deceased’s body was handed over to heirs for burial.

Meanwhile, the relatives of the victim demanded of the deputy commissioner and health department to take notice of the incident and provide them justice.

When contacted, the local police said that the victim’s family had not approached the police and registered a case against the accused. They added that action could only be taken after following proper legal procedure.

In a similar incident a few days back, a two-year-old boy died after being given the wrong injection at a private hospital in Rahim Yar Khan. The victim’s family protested against the incident and accused the doctor of negligence during treatment.

The victim’s father, Abdul Ghafoor, a resident of Basti Imam Nagar, said he and his family brought Ali Murtaza to Dr Khalid Hospital with minor pain.

After waiting for a while, the doctor examined his son and asked a paramedic to administer an injection. Ghafoor pointed out that they asked the doctor not to give an injection as the boy was not seriously ill and on an empty stomach.

However, he said the doctor did not listen and gave an injection to the child that claimed his life.