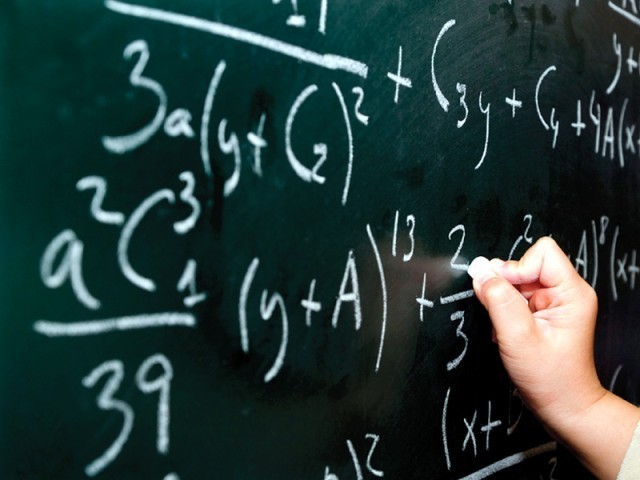 Considering the impact of migration and language could help improve the education system. STOCK IMAGE

KARACHI: The last day of the Karachi Conference gave voice to one the biggest silent demographics of the city – the children. The first session of the day, titled, ‘Education: misplaced priorities’, attempted to understand how the city’s education system plays a role in limiting the horizons for the youth.

Dr Baela Raza Jamil, who is Chief Executive Officer at Idaara-e-Taleem-o-Agahi (ITA) and founder of Children’s Literature Festival, presented her paper ‘Mapping migrations: An Unusual Pedagogy of learning, co-created with the children of Korangi’. In her study that was conducted in three slum neighbourhoods in Korangi wherein 42 kids participated, a hybrid pedagogy was adopted in an attempt to provide agency to the children. The children belonged to migrant families. The findings are available in a book in Urdu and English and are contributing to children’s literature in Pakistan and elsewhere.

According to Dr Jamil, a very strange phenomenon persists in our society where children go to school but learn nothing. Questioning the effectiveness of the existing methods, that is textbook driven and relies on test and marks as measurement, she stressed the need to develop new pedagogies to address this dismal state of affairs.

According to her, migration plays a very important role in the socio-cultural-economic development of all societies and this dynamic needs to be addressed if the education system is to be improved. Unfortunately, research in this area is still lacking as Nausheen Anwar states in her foreword for the book. However, considering Karachi is based on migration, rural and urban for the most part, it needs to studied extensively.

In the study, the children were encouraged to learn through different ways.  In the art workshop, the children were told to draw how they imagined their homes to be like back in their home country or village. In a photography session they were given cameras to click pictures of places in their house that they most liked and spaces that they least liked. The children were also encouraged to engage in dialogue and share their experiences. In a map making exercise, they were told to draw maps of how they thought their family came to Karachi. This sought to understand how they saw themselves and how they place themselves in the city’s narrative.

The young students also engaged in dialogue with their parents and grandparents and asked them how they came to migrate. It proved a learning experience for both parties and helped the children better understand their roots.

In her concluding remarks, Dr Jamil said that children were an untapped resource. She added that they were the custodians of the culture and acted as mediators of cultural experiences as they learn local knowledge and help their elders in finding their way in society. She was of the opinion that the dynamic of migration was largely ignored in classrooms and this is a shortcoming of the education system. To counter this, she recommended in her paper that new teaching pedagogies, backed by research, need to be introduced in the system. She suggested that children’s literature festivals should be held and said that publications in such neighbourhoods and in such contexts will help in our understanding.

Dr Nelofer Halai, a professor at the Aga Khan University Institute for Educational Development in Karachi, presented her paper titled, ‘ Science Education for the Future: Five Recommendations, A Way Forward for Karachi,’ which presents five recommendations that could enhance science education in Pakistan. They are based on three studies in science and teacher education undertaken by the author.

Dr Halai said that according to Alif Ailaan, that ranks various districts on their education standards, only one district of Karachi managed to make it to the top 50 and that too at ranked 43rd. In most schools, she said, there are no science teachers at the primary and secondary levels. She added that they do have science teachers at the senior level, but they are usually untrained.

Her study focused on 64 classrooms in 16 institutes, half public and half private, where she looked at the educator’s role and practice.  She found that the teachers were taught science and not taught how to teach science in their trainings. For this, she recommended that a systemic process for induction of science teacher education in colleges of education should be developed on a priority basis. She also suggested that inquiry teaching methodology should be used as it engages students more and helps develop their critical thinking abilities. Talking about Bachelors in Education programme, she said that it should be more hands on and practical in Pakistan as it already is elsewhere.

According to her, a mentoring component should be included in B. Ed and other teacher development programmes. Given that it would make use of the already available resource, that is other teachers, it is a viable solution.

Dr Halai shared that her recommendations were well received by the interim prime minister and expressed the hope that they current government would also be as welcoming to positive changes in the science education of the country.

The last paper discoursed was ‘Tyranny by Language’ by Zubeida Mustafa, a columnist at Dawn Newspaper, wherein she discusses how the education in Karachi faces challenges due to its linguistic diversity. This paper talked about the elephant in the room and managed to address the most fundamental flaw of the education system that is using a foreign medium of communication.

Mustafa argues that the education system often confuses learning a language as a subject with learning subjects in a certain language. She said that language is not learnt, it is acquired from one’s surroundings. When a child goes to school, another language is thrust upon him and all other subjects are also taught in that language. This, she said, results in the child being unable to express himself in either of the languages.

English is a language of power in this global age and parents wants their children to learn this language. The second language that is acceptable for one to gain an education in is Urdu and often, neither of which are the mother tongue for the child. To be educated in another language, the likes of Punjabi and Sindhi, are frowned upon. Mustafa said that ignoring this has led to many problems. She added that it is one of the reasons why the children were unable to think critically. Mustafa said that it was not just the lower-income schools that suffer from this but also elite schools where getting tuitions is a common practice among students.

This paper also backed the findings of Dr Jamil as using a different language as medium of education excludes migrant communities to fully partake as citizens. The education of children needs new pedagogies and a change in language could be one of them. Even technical education like sciences could benefit by considering the impact of medium of instruction in its plan.

MNA complains of being victimised by Sindh govt