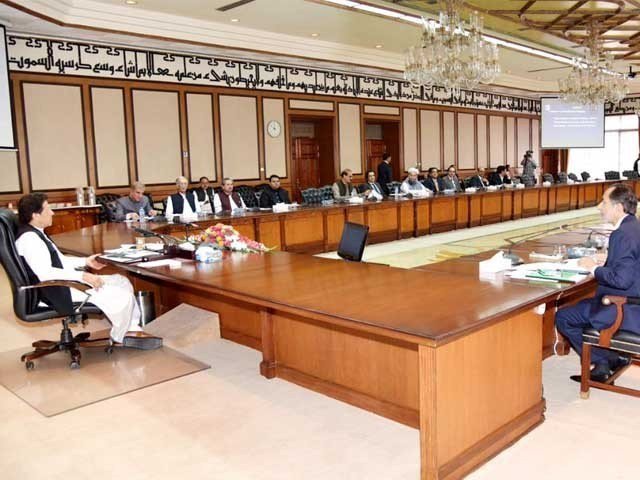 Sacrifices for establishing peace in the country will not go to waste, says PM Imran. PHOTO: EXPRESS

The meeting had a 21-point agenda which also included the formation of a trading corporation of Pakistan and publishing a tax directory for parliamentarians and public for 2017.

Prayers were held for Maulana Samiulhaq and Captain Zargham.

According to Express News, Prime Minister Imran Khan stated that Maulana Samiul Haq’s services will always be remembered, adding that “sacrifices for establishing peace in the country will not go to waste.”

Chief of his eponymous faction of Jamiat Ulema-e-Islam (JUI-S) and prominent religious scholar Maulana Samiul Haq was assassinated in a knife attack at his residence in Rawalpindi last week. He was 80.

The assailant stabbed him several times in the chest and the head before fleeing the scene unidentified and unchallenged. The Maulana was rushed to hospital where he was pronounced dead on arrival.