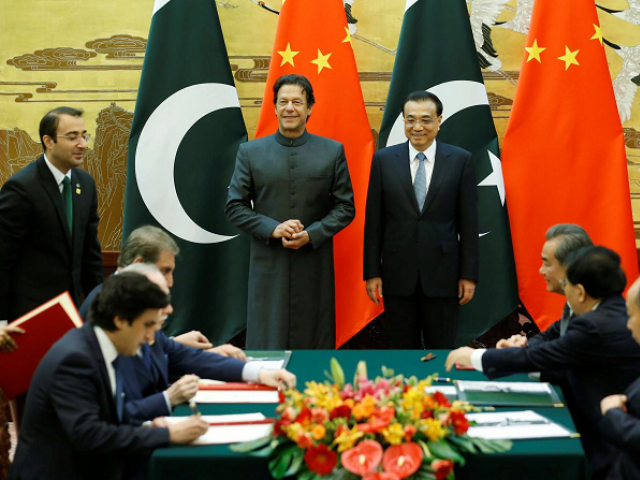 Pakistan’s foreign reserves have plunged 42 per cent since the start of the year and now stand at about $8 billion, or less than two months of import cover.

Last month, the country received a $6 billion rescue package from Saudi Arabia, but officials say it is not enough and the country still plans to seek a bailout from the International Monetary Fund (IMF) to avert a balance of payments crisis.

It would be Pakistan’s 13th rescue package from the multilateral lender since the late 1980s.

“During the visit, the two sides have made it clear in principle that the Chinese government will provide necessary support and assistance to Pakistan in tiding over the current economic difficulties,” Kong said.

“As for specific measures to be taken, the relevant authorities of the two sides will have detailed discussions,” he added, without giving details.

The premier told Chinese President Xi Jinping on Friday that he had inherited “a very difficult economic situation” in Pakistan.

Pakistan has looked to amend CPEC to put greater emphasis on projects that focus on social development, rather than purely on infrastructure.

Kong said there would be no change in the number of projects under CPEC.

“There is no change at all. If there were, it would only be to increase, not decrease” the number of projects, he added.

However the scope of the project would increase and will tilt in favour of people’s livelihoods, Kong said, also without elaborating. 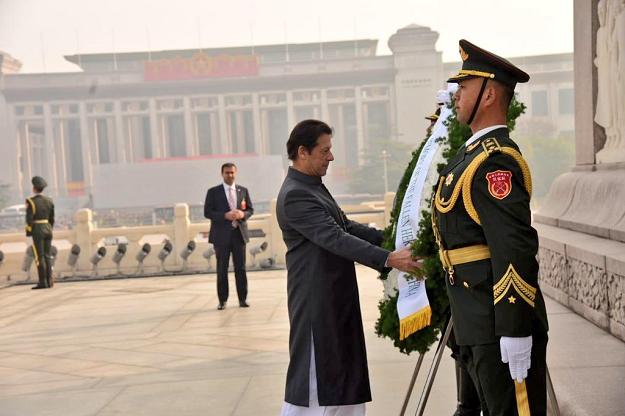 After visiting Beijing, PM Imran is also set to be a key note speaker at a major import fair in Shanghai, an event that China hopes will show the world the country welcomes foreign companies and their products.

Pakistan will not ask China to reschedule $3b loans: Bakhtiar

An agreement regarding strategic level talks between the foreign ministers of the two countries was also reached.

The two sides also signed agreements regarding poverty alleviation in Pakistan and strengthening of cooperation in the fields of agriculture, industrial sectors and technical training were also signed by the two sides.

Pakistan and China signed 15 MoUs of agreements for promotion of cooperation in diverse fields at Signing Ceremony with Prime Minister of Pakistan Imran Khan and Chinese Premier Li Keqiang at the Great Hall of the People in Beijing China (03.11.18) #CPEC #PMIKVisitsChina pic.twitter.com/MG5yetEY9q

A MoU for cooperation in forestry, earth sciences and transfer of electronics was also signed during the visit.

An agreement was also reached between Higher Education of Pakistan and Science Academy of China whilst another was signed between the Chinese Academy of Science and Pakistan Metrological Department.

The signing ceremony of the agreements was witnessed by PM Imran and his Chinese counterpart Li Keqiang.

With additional input from Radio Pak.

Seven dead in IS attack on bus carrying Egyptian Christians