Commis­sion says there is no turnin­g back, warns of legal action­
By Our Correspondent
Published: October 31, 2018
Tweet Email 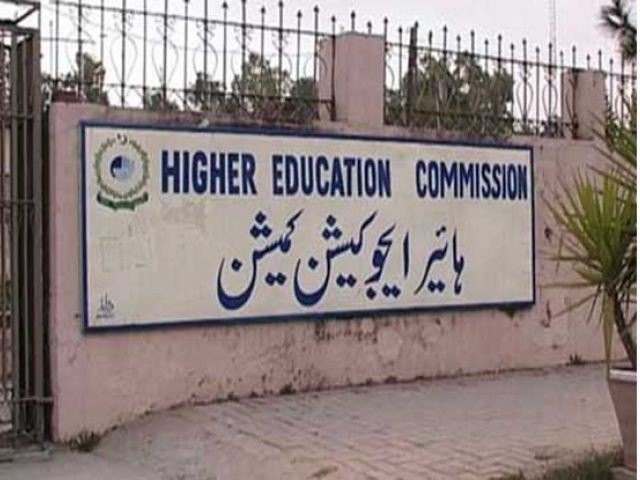 Commission says there is no turning back, warns of legal action. PHOTO: FILE

ISLAMABAD: A senior official of the apex higher education body, who had resigned from his post around 10 days ago, strolled back into his office this week and has tried to resume his duties as per normal.

However, the Higher Education Commission (HEC) has told him that he was no longer welcome.

HEC’s former executive director Dr Arshad Ali had resigned on October 20, apparently, after it emerged that he was allegedly involved in plagiarism.

However, he apparently had a change of heart and withdrew his resignation around 10 days later and arrived at the HEC office in Islamabad in his official car on Tuesday morning.

Dr Ali, though, took up a spot in the room and started ‘working’, summoning employees and directing him to bring work files.

Confused at first, the employees refused to take orders from him.

Dr Ali maintains that he gave a month’s notice in his resignation and therefore he was still HEC’s executive director, sources said.

HEC Spokesperson Ayesha Ikram, in a statement issued on Tuesday evening, noted that Dr Ali had resigned himself and that the body’s chairman had accepted his resignation the same day it was received.

“As a courtesy, he was allowed to avail a month’s leave instead of being required to pay one month’s salary in lieu of notice,” Ikram said, adding that his successor had also been appointed.

But he suddenly changed his mind.

“On October 29, Dr Ali appeared to have had a change of heart and submitted a letter seeking for the withdrawal of his letter of resignation and cancellation of leave,” Ikram said, adding that he then turned up at the HEC office and demanded to resume his duties.

With HEC Chairman Dr Tariq Banuri currently out of Pakistan, he directed that while Dr Ali should be firmly told that his resignation has already been accepted and that he was no longer an employee of the HEC.

“His erratic and illegal behaviour was causing disruption in the functioning of the organisation,” Dr Banuri, adding that Dr Ali should be told to desist from such behaviour.

Should he fail to restrain himself, the HEC warned him of legal action.