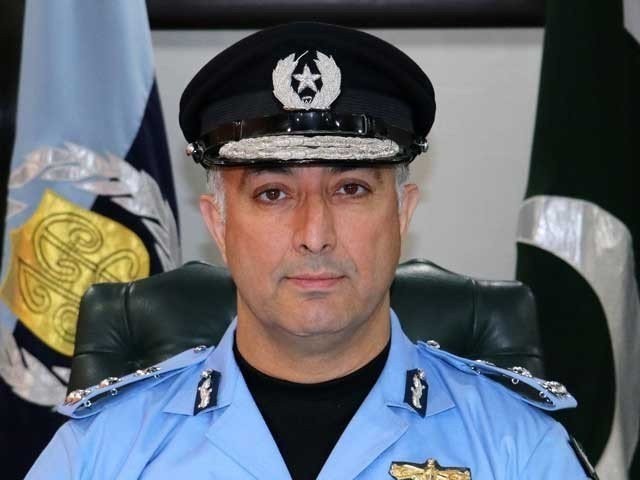 ISLAMABAD: The apex court on Monday suspended the Pakistan Tehreek-e-Insaf (PTI) government’s order for transfer of the Islamabad Capital Territory’s (ICT) Inspector General Police (IGP) Jan Muhammad as it sought a written explanation from the government in connection with the transfer.

A three-judge bench of the Supreme Court, headed by the Chief Justice of Pakistan (CJP) Mian Saqib Nisar issued this order as it took suo notice of the IGP’s transfer during hearing of another case related to regularisation of Bani Gala land and summoned the interior secretary along with the transfer file.

When the secretary interior arrived in the court, he said he was unaware of the transfer order, which, he said, was issued by the establishment division. “I was not consulted in this matter,” he added.

Later, the Secretary Establishment Dr Munir Ejaz also appeared in the court and showed a summary which said the transfer was made on the PM’s verbal instruction. “The transfer was under consideration at the PM Secretariat for many days on account of the IGP’s poor response to events,” he said.

The bench took strong exception to transfer order passed while bypassing the interior secretary, who is in charge of the ICT section. “Is this the Naya Pakistan you people want to build,” the CJP asked the secretary establishment.

He specifically referred to Pakpattan district police officer’s (DPO) transfer case in which the apex court had summoned Punjab Chief Minister Usman Buzdar to explain the justification behind his alleged interference in affairs of police.

The SC had later disposed of the Pakpattan case after accepting Buzdar’s unconditional apology. In that case, it had also posed a question as to whether Article 62 (1) (f) applied on misuse of power.

“We don’t want to repeat the case of Usman Buzdar who had to appear before the apex court,” the CJP told the asked the Attorney General for Pakistan (AGP) Anwar Mansoor Khan, who was present in the courtroom. The AGP assured the bench that he will talk to the prime minister in this matter.

The CJP also referred to the judgement in transfer case of Sindh former IG AD Khawaja. The judgement said the executive could not be given unfettered powers to transfers in according to its wishes.

He rebuked the secretary establishment for complying with the premier’s order without going through substantive material on the basis of which the IG was transferred.

“Why you didn’t apply you own mind. You should not comply with illegal orders,” he said, adding that: “The judiciary will not tolerate political interference.”

The bench noted that apparently, the IGP was transferred over complaint of Federal Minister Azam Swati. “Pakistan will not be run on anyone’s personal whims. The court wants that all institutions should work independently,” the CJP added.

The CJP also made it clear that affidavits would be sought from both secretaries interior and establishment division regarding their stance on the transfer after the receiving a written submission. He said a committee will also be constituted to examine their conduct in this matter.

Another member of the bench, Justice Sajjad Ali Shah, remarked that if the IGP was competent then instead of transferring him, they should issue a show cause notice to him. “You transferred him as you wanted to replace him with your man,” he added.

Justice Ijazul Ahsan, the third member of the bench, asked what message had been given to police through this transfer. “If you resist illegal order then you will be removed. The way you are running the show is pathetic,” he added.

The secretary establishment said the PM can pass verbal instructions under Rules of Business.

However, the bench sought a written explanation from the government through the AGP to explain whether the transfer was made on bonafide or was it colourable exercise of power. It also suspended the IGP’s transfer order.

The order said: “The way transfer of IG Islamabad has taken place, it does not look absolutely in accordance with law and it is not objective of the state affairs.”  Hearing of case was later adjourned till Wednesday [tomorrow].