Punjab govt decides to shut down brick kilns from Oct 27

Punjab govt decides to shut down brick kilns from Oct 27 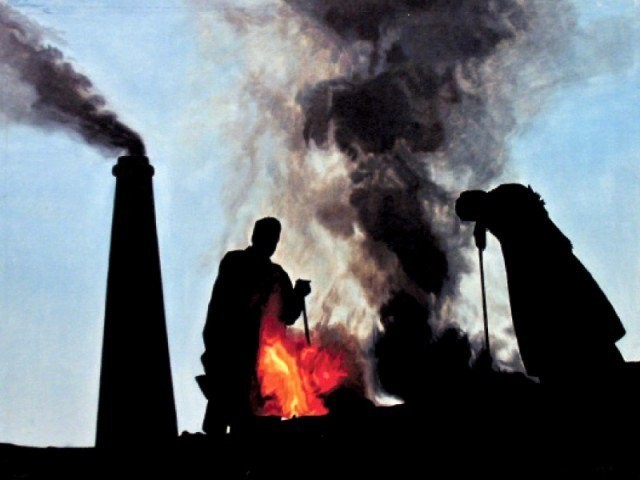 LAHORE: The Punjab government has decided to shut down all brick kilns from Saturday which have not adopted prescribed technology from Saturday and causing intense air-pollution owing to obsolete emission design.

The decision has been taken in a meeting presided by Smog Commission Chairman Dr Pervaiz Hasan on Monday. Previously, it was decided to shut down brick kilns from October 20 but the date has been changed to October 27 following the request from the Brick Kiln Association (BKA) members and consultation with Advisor to Prime Minister on Climate Change Amin Akram Khan.

The commission has asked owners to convert their brick kilns to new zigzag technology during the closure period. The commission has made this decision in light of weather information and data provided by the Pakistan Meteorological Department (PMD) and Space and Upper Atmosphere Research Commission (SUPARCO).

It is also decided in the meeting that substandard fuel being used in brick kilns will not be tolerated during this period. Owners are advised to take every step to convert their brick kilns to new zigzag technology during closure period to avoid any such circumstances in the future.

It was highlighted that the ban would only be imposed on brick kilns using old technology and brick kilns which have already been converted to new zigzag technology will be exempt from this ban. The government has also imposed Section 144 from October 1 on burning of substandard fuel, including plastic, garbage, polythene bags, and tyres and announced taking stern action against violators. The factory owners have also been warned that action under Section 144 will be taken if they have not installed smoke controlling equipment in their factories.

The BKA representatives and officials of the Environment Protection Department also attended the meeting.

Speaking to The Express Tribune, Brick Kiln Owners Association of Pakistan (BKOAP) General Secretary Mehar Abdul Haq said his association supported smog commission’s decision but this ban should not be for a longer period and should be reviewed on a weekly basis considering weather condition.

The prices of bricks have already been increased in the provincial capital from Rs2,000-3,000 per 1,000 during the last couple of weeks. At present, brick is being sold for Rs14,000 to Rs15,000 per 1,000 in Lahore depending on the brick quality or distance from a brick kiln. Brick dealers are blaming the proposed ban for the increase in bricks prices.

“Middlemen in the bricks trade are playing a dirty role by jacking up brick prices,” claims Haq. He said that brick kilns have stocks sufficient for around two months. He, however, indicated an increase in coal price is another reason for bricks price increase. He said coal dealers have doubled coal prices from Rs3,000 to Rs6,000 a ton, while Balochistan’s coal is being sold for Rs12,000 a ton. He asked the government and Competition Commission of Pakistan (CCP) to take action against cartelisation in the coal sector.