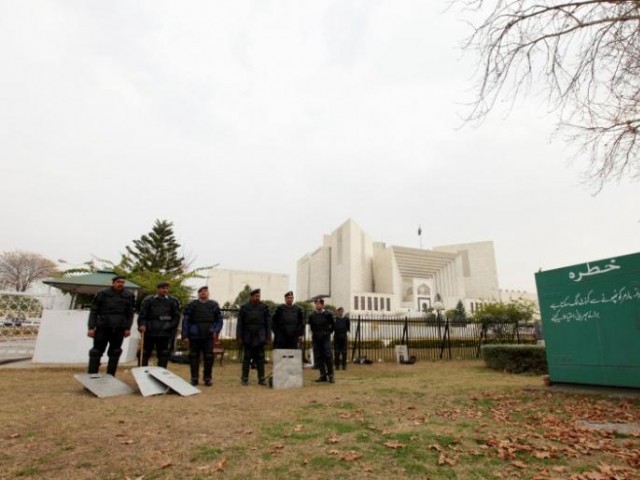 ISLAMABAD: The Supreme Court on Monday held a full court condolence reference over the deaths of three retired judges of the top court.

The speakers paid tribute to the services rendered for the country by the deceased judges.

Justice Nisar pointed out that Justice (late) Bhagwandas was the third non-Muslim judge. “He was the living example of Quaid-e-Azam’s promise,” he remarked.

The CJP said that all the three judges were ‘Iqbal kay Shaheen‘ as he read out a verse by Allama Iqbal.

Addressing the condolence reference, Justice Khosa said he was lucky enough to marry Justice (late) Shah’s daughter. “He was my teacher and my mentor. He made sure his daughter received the best education,” said the top court judge.

Justice Khosa went on to add that Justice (late) Shah was a ‘teenage’ judge. “He even issued contempt of court notices to army officers,” he said, adding that he never refused to help anyone.

The AGP said the entire law fraternity would remember the services rendered by the three judges.

“Justice (late) Shah was responsible for restoring the government of Nawaz Sharif” in the nineties, he said.

Before the reference was concluded, SCBA President Khursheed said all the three judges never mixed their personal opinion or prejudice with their judgments.