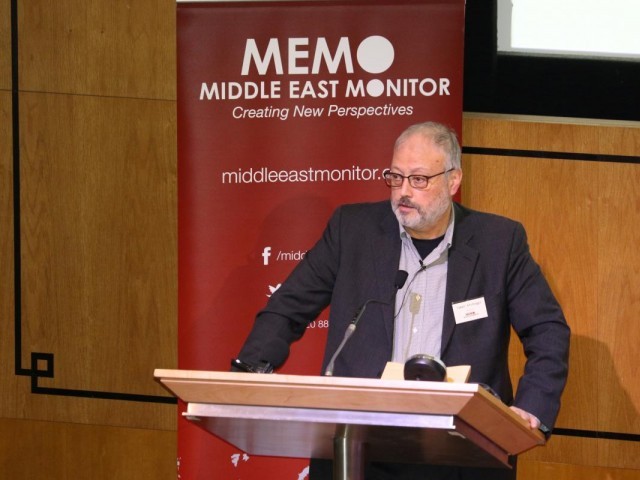 ANKARA: Turkish prosecutors investigating the disappearance of Saudi journalist Jamal Khashoggi questioned Turkish employees of the Saudi consulate in Istanbul on Friday, widening the hunt for evidence in a case straining some of Riyadh’s oldest alliances.

Khashoggi went missing more than two weeks ago after entering the consulate to obtain documents in relation to a forthcoming marriage. Turkish officials believe he was killed in the building on Oct. 2, but Riyadh has denied the allegations.

In an expanding quest for clues, police searched a forest on the outskirts of Istanbul and a city near the Sea of Marmara for Khashoggi’s remains, two senior Turkish officials told Reuters, after tracking the routes of cars that left the Saudi consulate and the consul’s residence on the day he vanished.

Investigators have recovered samples from searches of both buildings which it will analyze for traces of Khashoggi’s DNA.

Consulate employees questioned as witnesses included accountants, technicians and a driver, Anadolu said. The investigation is being carried out by the prosecutor’s terrorism and organized crime bureau, it added.

Turkey said on Friday it had not shared audio recordings purportedly documenting Khashoggi’s murder inside the consulate, dismissing reports it had passed them to the United States.

Turkish pro-government newspaper Yeni Safak has published what it said were details from the audio, including that his torturers severed Khashoggi’s fingers during an interrogation and later beheaded and dismembered him.

Turkish Foreign Minister Mevlut Cavusoglu said Ankara had not shared information with any country, adding, “We will share the results that emerge transparently with the whole world.”

The disappearance and presumed death of Khashoggi, a US resident and Washington Post columnist, has caused an international outcry and strained relations between Saudi Arabia and Western allies.

Crown Prince Mohammed bin Salman has painted himself as the face of a vibrant new kingdom, diversifying its economy away from oil and introducing some social changes. But other moves have faced criticism, including involvement in the Yemen war, the arrest of women activists, and a diplomatic row with Canada.

Khashoggi’s disappearance has tarnished his reputation and deepened questions about his leadership, prompting the king to intervene, five sources with links to the Saudi royal family told Reuters.

US Treasury Secretary Steven Mnuchin and senior ministers from France, Britain and the Netherlands have abandoned plans to attend an Oct. 23-25 investor conference in Riyadh, putting the event in question.

On Friday, the CEOs of Deutsche Bank and ABB, plus Airbus’ defence chief and energy historian Daniel Yergin joined a growing list of Western business executives who have pulled out.

A pro-government Turkish daily published preliminary evidence last week from investigators who it said had identified a 15-member Saudi intelligence team that arrived in Istanbul on diplomatic passports hours before Khashoggi disappeared.

One name matches a LinkedIn profile for a forensic expert who has worked at the interior ministry for 20 years. Another matches a former diplomat at the Saudi Embassy in London. Others resemble officers in the Saudi Army and Air Force.

Turkish pro-government newspaper Sabah also published time-stamped photos it said showed a man, who appears to travel sometimes with the Saudi crown prince, outside the consulate on the morning Khashoggi disappeared.

US President Donald Trump has appeared unwilling to distance himself too much from the Saudis, citing Riyadh’s role in countering Iranian influence in the region and tens of billions of dollars in potential arms deals.

He has said he believes Khashoggi is dead and the US response will likely be “very severe” but he wanted to get to the bottom of what happened. He previously speculated without providing evidence that “rogue killers” could be responsible.

Trump, who has forged closer ties with Saudi Arabia and its crown prince, says Washington has asked Turkey for any audio or video evidence, while Pompeo said Riyadh should be given a few more days to complete its own probe.

US intelligence agencies are increasingly convinced of Prince Mohammed’s culpability in the operation against Khashoggi, which they believe resulted in his death, a US government source said.

The foreign ministers of Britain and Germany said on Friday that the allegations regarding Khashoggi would be totally unacceptable if true.

Arab allies have rallied to support Riyadh, with UAE Minister of State for Foreign Affairs Anwar Gargash denouncing what he called “attempts to undermine Saudi stability”.