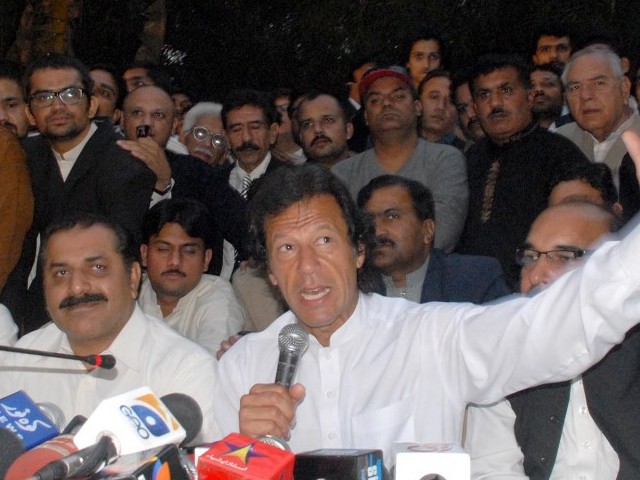 ISLAMABAD .: The Islamabad High Court (IHC) on Wednesday sought a complete record pertaining to the torture of SSP Asmatullah Junejo at the hands of protesters during the 2014 sit-in against the then government of the Pakistan Muslim League-Nawaz (PML-N).

A divisional bench of the IHC was hearing a plea from the federation that challenged the acquittal of Imran Khan, the Pakistan Tehreek-e-Insaf (PTI) chairman who is now the Prime Minister of Pakistan, by an anti-terrorism court (ATC).

State’s counsel Sadaqat Abbasi contended before the IHC bench – comprising Justice Aamir Farooq and Justice Mohsin Akhter Kiyani – that the ATC had acquitted Imran on May 4, in the SSP torture case.

PAT announces it will not take part in elections

The bench observed no one amongst a total of 11 witnesses had given any statement against the PTI chief before the ATC.

After hearing arguments, the court sought complete record of the case and adjourned the hearing for an indefinite period.

During the Islamabad sit-in of 2014, led by the Pakistan Tehreek-e-Insaf and the Pakistan Awami Tehreek, SSP Junejo was severely thrashed by a group of protesters on Constitution Avenue as they stormed the PTV headquarters and attempted to enter the Parliament House.

Subsequently, a case was registered against Imran, PAT chief Tahirul Qadri and others for violence against Junejo and five other police officers.