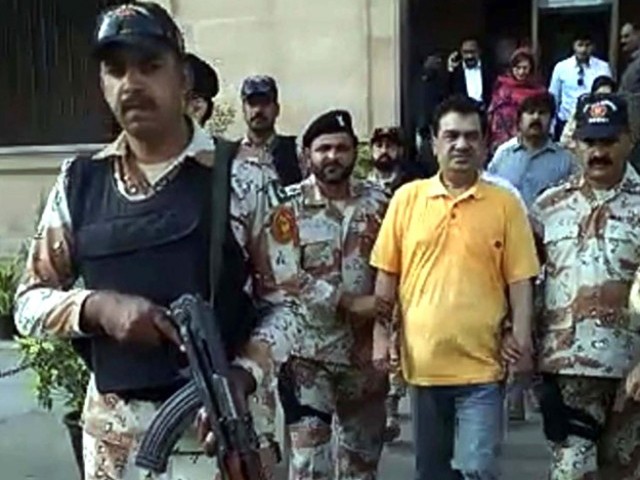 The bench, however, directed that the three accused be provided medical facilities in jail. It said that the trial court can be approached if they were in need of further treatment. According to the National Accountability Bureau (NAB) prosecutor, undeniable evidence is available against Morai and several others.

Morai is reportedly not affected by any serious disease. The federal anti-graft watchdog had accused Morai and other officials and contractors of misusing their authority, embezzlement of funds, illegal appointments and awarding fake contracts during 2014-15, causing a loss of over Rs343 million to the national exchequer.

Morai is considered as one of the influential leaders of the Pakistan Peoples Party in Sindh. He was appointed the chief of the FCS in a controversial manner in January, 2014 and mysteriously disappeared soon after the Rangers had arrested former FCS vice-chairperson Sultan Qamar Siddiqui and others in June, 2015.

According to the counsel of the accused, NAB has failed to present any concrete evidence against Morai and others.

The SHC has sought arguments from the counsel of the petitioners, including nominated suspect Sarmad Siddqui and several others, in a petition filed in the airport attack case against the Counter-Terrorism Department authorities. A two-member bench heard the case on Wednesday.

The CTD authorities’ counsel maintained that the petitioners named in the airport attack case remain missing.