Film review: The donkey’s unleashed and the joke is on you

Film review: The donkey’s unleashed and the joke is on you 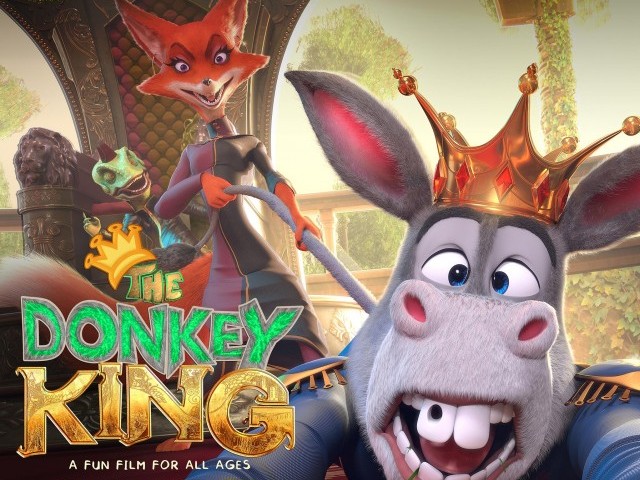 KARACHI: Animated films in Pakistan have been clouded by sloppy storytelling. Be it 3 Bahadur or Allahyar, what we have witnessed so far are one-dimensional characters being forced together in a narrative that doesn’t translate seamlessly on the big screen. Any remaining room for brilliance is eclipsed by product placement that is executed with the subtlety of a bus honking through busy traffic. The Donkey King makes a mark by rising above these problems.

Directed by Aziz Jindani, the film opens with the lion king Badshah Khan of Azadnagar announcing his retirement. A donkey named Mangu (voiced by Jan Rambo) replaces the king, thanks to a clever ploy by the fox called Ms Fitna (Hina Dilpazeer). Jindani’s analogy isn’t subtle at all. During his campaign, Mangu exclaims, “Hum Azadnagar ko naya Azadnagar banayenge. Purane ko bech denge (We will turn Azadnagar into a New Azadnagar. We will sell the old one). 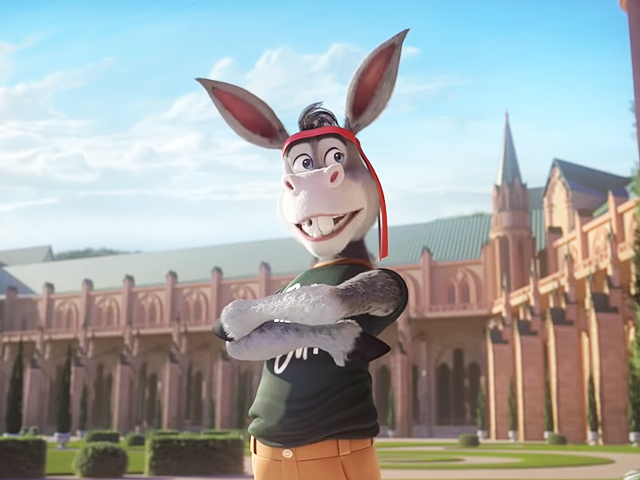 The satire doesn’t stop there. Earlier in the film, we see Mangu fight a bull named Tsunami. The Donkey King takes digs at anyone and everyone. A hippo named Ronald Crump also makes an appearance. The film doesn’t try to sugarcoat itself and blatantly mocks the political game. Soon into the movie, we realise that while Mangu is made the king, someone else is pulling the strings in an attempt to save democracy. Does that sound familiar? Go get your popcorn and start thinking!

Besides its political satire, The Donkey King undoubtedly proves to be the best Pakistani animated film so far. The animation is smooth. The exaggerated body movement of the anthropomorphic characters serves to create a strong visual appeal, which fits the mood of the story as well. The facial features, though, still need improvement in projecting the subtler expressions. But what Jindani has pulled off here has not been seen before in Pakistani cinema.

The sound design at places feels louder than impactful and most of the songs add unnecessary duration to the film. However, it doesn’t hurt the experience on the whole. That’s because some songs are really catchy. Don’t be surprised if you find yourself singing to the Donkey Raja track. The film’s mockery (and therefore imitation) of television soaps adds little to your experience and is a tad bit irritating.

The cast truly deserves the most credit as everyone from Rambo and Faisal Qureshi to Ismail Tara and Shafaat Ali excelled in their roles. Wearing a ‘Dream On’ T-shirt in his return to the big screen as a lead after a long time, Rambo delivers. His comic timing is on point and Mangu almost feels like a natural extension of his on-screen personality. His performance also makes up for a lot of jokes which neither kids nor adults will find humorous.

Javed Sheikh’s archetypal role of Mangu’s father Changu is quite impressive as well. His expressive vocal tone perfectly suits Changu and adds an emotional quotient to the character, making us forget the regrettable script choices he has made in the past . Then, there is Dilpazeer, whose shrill t brings out the cunning in Ms Fitna’s character.

The beauty of such a diverse cast is that each character sounds unique and that helps them be etched in your mind. One might feel that they are, at times, overcompensating for the shabby animation or lack of story. But that argument becomes invalid as each element works in its place. Jindani knows what he is doing. 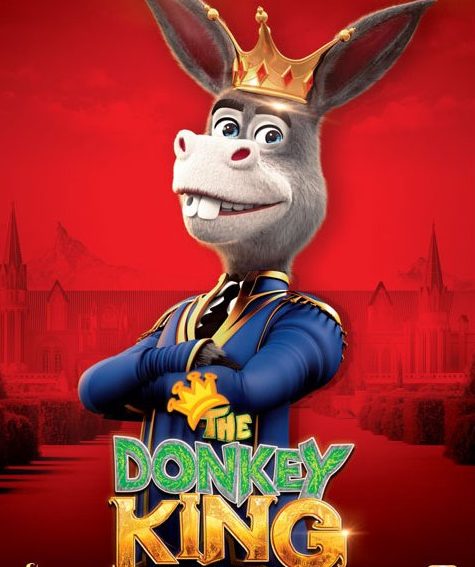 Verdict: Whether it’s the political banter or the overexcited new raja’s mannerisms and spirit, The Donkey King keeps both kids and adults entertained from beginning till the end. Go watch!

A year since #MeToo: 12 prominent celebrities accused of sexual harassment