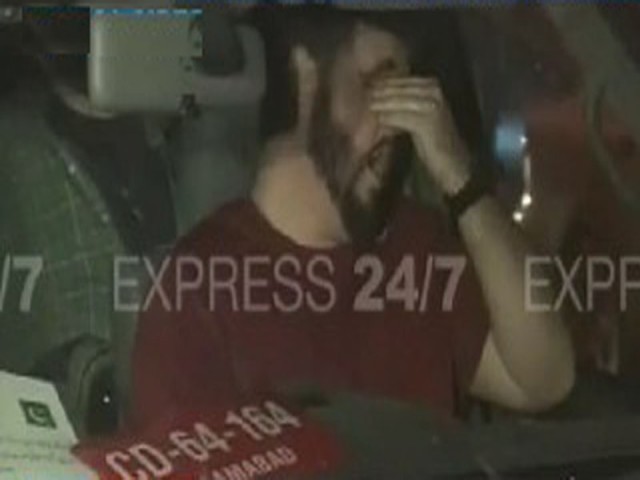 Suspects were stopped after they failed to follow correct protocol.

PESHAWAR: Arm personnel detained four Americans after they were stopped at an army check post in Peshawar. However, they were allowed to leave after almost two hours.

According to Express 24/7 reporter Sumaira Khan, the foreigners travelling in a grey land cruiser were stopped at an army check post opposite the destroyed CID office after they failed to follow protocol.

FC Cantt. released a statement saying they men were released after official confirmation was received verifying the identities of the four men. Their passports and documents were in order.

A police officer on site said that the misunderstanding came about after the American officials failed to follow protocol. Given the current law and order situation, police and army personnel took every precaution to ensure the safety of foreigners in the area.

It was initially believed that these men were members of Blackwater or Xe corporation. The foreigners said they maintained that they were staff of the US consulate and lived in the diplomatic enclave.

It was later verified that the four men in fact belonged to the US embassy in Islamabad and were present lawfully in the country.

The number plate displayed on the back of their car, bearing numbers IDF 7582, was found to be fake.

The car also had another numberplate, one which is normally issued to diplomats, resting on their dashboard bearing numbers CD-64-164.

They refused to talk to either the media or Pakistani security officials present at the scene.

They had failed to follow protocol reserved for foreigners moving in the city.

US officials are supposed to inform police and intelligence officials.

The check post where they were stopped is near Gora Qabristan area of Peshawar and is in close vicinity of the destroyed CID office in Peshawar as well as an SSG paratroopers schools along with residences of FIA and intelligence officials.

Police and army officials released the men after official confirmation of their links with the US consulate was received. The four men had produced documents including a diplomatic passport, indicating that they were staff of the US consulate. Their visas were valid.

The had locked themselves in their car and were refusing to speak to security officials, waiting for a representative from the US consulate or the embassy.