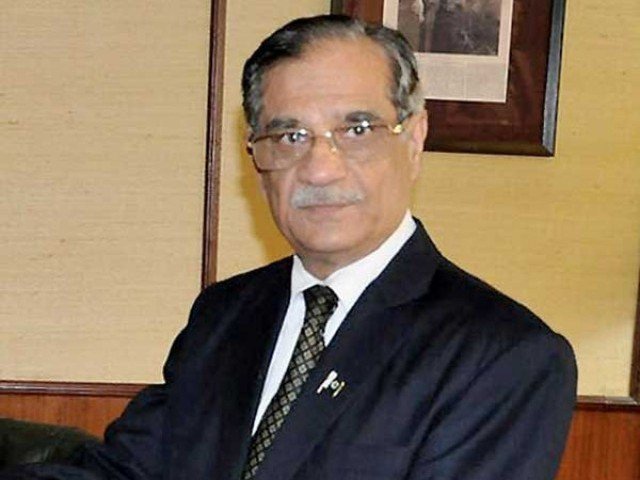 ISLAMABAD: The Supreme Court on Thursday warned that the plants of mineral water companies may be shut down if they fail to pay Rs1 per litre for water extracted from the ground.

“Stop consuming water of companies that dried up our land and didn’t even pay us for extracting water,” he said.

The court also disallowed water companies to pay the government one paisa per litre to extract water they sell for Rs92 per litre.

The chief justice also expressed dismay over how water companies sold a billion gallons of water and earned billions but paid a minimal extraction expense to the government.

“They sell water extracted from our land to us only,” said CJP Nisar. “Water companies have dried up Lahore and Sheikhupura.”

Later during the hearing, water and cola companies expressed their readiness to pay for extraction. “We will pay the amount suggested by the court,” confirmed counsel Aitzaz Ahsan representing a mineral water company.

However, a Federal Board of Revenue (FBR) lawyer contended that no law exists to determine if money has be to be paid for extracting water from the ground.

Upon hearing this, Justice Nisar directed authorities to legislate regarding this matter and present a report within a week.

The court also ordered to utilise the money received from water companies to enhance water resources of the country.