In historic drop, rupee weakens 7.54% against US dollar

In historic drop, rupee weakens 7.54% against US dollar

Settle­s at Rs133.6 in inter-bank market after govt opts for an IMF bailou­t
By Salman Siddiqui
Published: October 9, 2018
Tweet Email 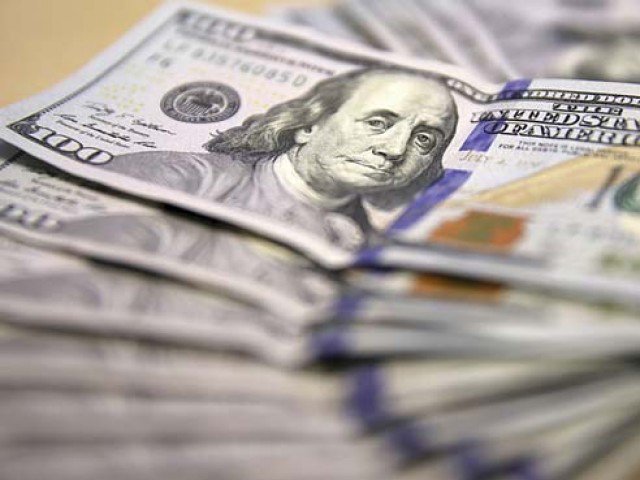 Settles at Rs133.6 in inter-bank market after govt opts for an IMF bailout. PHOTO:REUTERS/FIle

KARACHI: Just a day after the government said it is seeking a bailout from the International Monetary Fund, the rupee on Tuesday tumbled as much as 7.54% to Rs133.64 to the US dollar in the inter-bank market.

This was the fifth round of massive depreciation of the currency since December 2017 to tame aggressive demand for dollars in a faltering economy.

In the early hours of the day’s trade, the rupee hit a historic intra-day low of Rs137 to the greenback.

“This movement broadly reflects the current account dynamics and also the demand-supply gap in the foreign exchange (inter-bank) market,” the central bank said in a statement after the market closure.

“SBP will continue to closely monitor the situation and stand ready to intervene in case of any unwarranted volatility in the foreign exchange market,” it added.

Pakistan will have to take tough decisions if US blocks bailout

In the deregulated open market, the rupee touched Rs140 to the dollar compared to Rs129.50 a day earlier, a currency dealer at Habib Qatar International Exchange told The Express Tribune.

The country’s foreign currency reserves had dropped to a critically low level of around one-and-a-half month of import cover at $8.40 billion on September 28, 2018, according to the State Bank of Pakistan (SBP).

Earlier, the central bank revised up the benchmark interest rate by 275 basis points to a 44-month high of 8.5% in the last nine months.
Analysts said the devaluation and interest rate hike were a must to pull down aggregate demand to overcome the balance of payments challenge and cool down the overheated economy. This would, however, slow down real economic growth of the country.

Speaking on Tuesday at a news conference at the IMF and World Bank annual meetings in Bali, Indonesia, IMF Chief Economist Maurice Obstfeld said that Pakistan has not formally approached institution for financial assistance.

Obstfeld said that Pakistan faced financing gaps as it has been hit by a large fiscal and current account deficit, a low level of reserves and a currency, which he described as “too rigid” and over-valued. China’s involvement in Pakistan’s economy could bring both benefits and risks, Obstfeld added.

“The SBP is of the view that this adjustment in the exchange rate along with lagged impact of recent hikes in the policy rate, and other policy measures to contain imports would correct the imbalances in the external account,” it added.

Prime Minister Imran Khan, who has been reluctant to ask the IMF for emergency loans, said last week Pakistan might need to return to the IMF to address its mounting balance of payments crisis. If there is an IMF bailout package, it would be the second for Pakistan in five years.

A Pakistani delegation led by the Finance Minister Asad Umar is scheduled to attend the annual meeting of the IMF and World Bank in Bali, Indonesia, this week which could further lead to developments regarding the program.

Pakistan needs more infrastructure development, Obstfeld added, and the country could benefit from China’s role in supporting its project financing. But China’s involvement could also bring potential risks, he said.

“It is important that the design of the projects… be solid and excessive debts which cannot be repaid are avoided,” he said.

Chinese officials have rejected the criticism that the China-Pakistan Economic Corridor (CPEC) projects have saddled Pakistan with unsustainable debts. Instead, the Chinese maintain, they have boosted the country’s economic growth and provided 70,000 jobs.

He suggested the government should simultaneously engage with the IMF and friendly countries to come out of the crisis as no one single party appeared to be willing to provide the entire amount in question.
“Besides going to the IMF, Pakistan needs to increase exports and attract foreign direct investment (FDI) to avoid the balance of payments crisis and bailouts in the future,” he said.