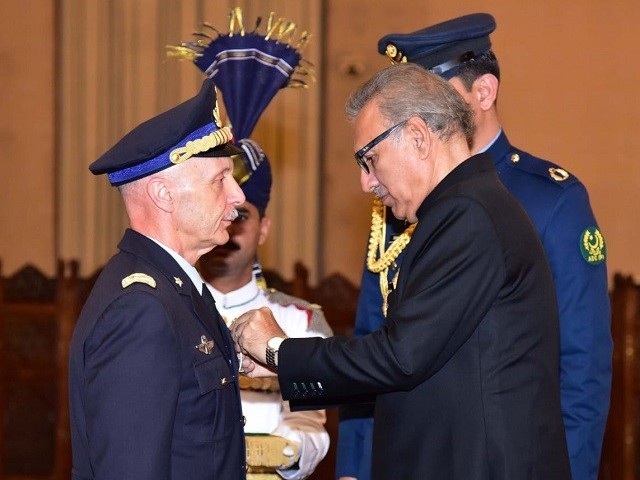 The president congratulated Lt-Gen Vecciarelli on the conferment of the award and emphasised the importance of Pakistan’s relations with Italy, according to an statement issued by the presidency.

“Pakistan deeply values its relations with Italy, both bilaterally and within the context of the European Union,” President Alvi was quoted as saying during a meeting with the Italian air chief on the occasion.

“Both countries enjoy commonality of views on a host of regional and global issues and continue to work closely on all issues of common interest,” he added.

The president also emphasised the need to enhance cooperation in defence training and institutional collaboration between the two countries apart from reiterating Pakistan’s commitment in eradicating extremism and terrorism from its soil.

The Italian air force chief  thanked the president, government and people of Pakistan and hoped that bilateral relations between both countries will continue to grow in the future.