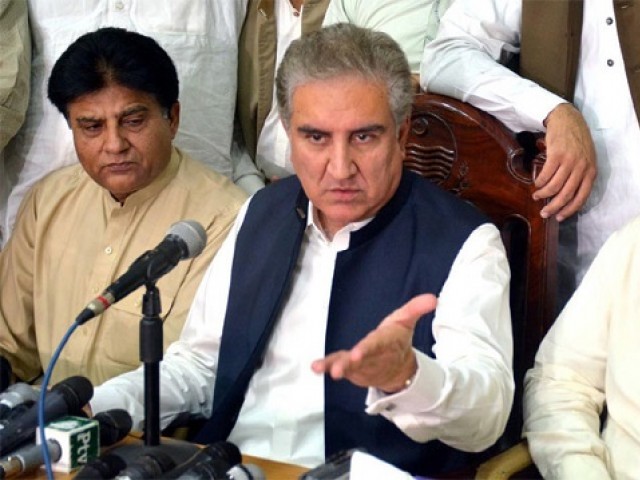 In his media talk in Multan, Qureshi said that the Kashmir issue has been in the limelight after the UNHR report was rolled out. PHOTO: RADIO PAKISTAN

Foreign Minister Shah Mehmood Qureshi on Sunday urged the United Nations to form an inquiry commission to probe atrocities being committed by Indian forces in the Indian-occupied Kashmir based on the recent report presented by the UN Human Rights Commission.

Addressing the media in Multan, Qureshi said that the Kashmir issue has been in the limelight ever since the UNHRC rolled out the report earlier this year, Radio Pakistan reported.

Qureshi said he met UN Secretary General Antonio Guterres during his recent visit to the United States for the 73rd UNGA session, where he urged the latter to probe the Indian atrocities.

Pak-US ties should not be viewed through Afghanistan prism, says Qureshi

Responding to a question about Pakistan’s ties with its neighbours, the foreign minister said Pakistan wanted good relations with India and other countries in the region.

He added that restoring peace talks with India is the best option to resolve all issues including poverty, education and construction of dams.

Indian backtracking on foreign ministers’ meeting on the sidelines of the UN General Assembly is regrettable as it spoiled an opportunity of bringing the two countries together.

About his recent address in the UN General Assembly session, the foreign minister said he had presented Islamabad’s viewpoint in an effective manner.

Qureshi said that he had observed a change in the attitude of the US administration, adding that, “relations between Pakistan and the United States are improving gradually.”

Responding to another question about Pakistan Muslim League-Nawaz (PML-N) president Shehbaz Sharif’s arrest, he said that the National Accountability Bureau (NAB) and the judiciary are independent institutions and cases against the opposition leader are not initiated by the PTI government.

‘Learning is not competition’: Singapore to scrape traditional exam rankings