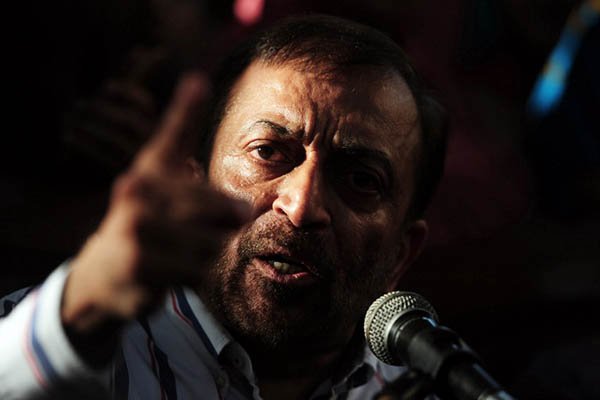 Sattar and Akhtar pleaded not guilty to the charges. The hearing was adjourned after the court summoned the case witnesses on October 17.

Sattar is accused of violating the Loudspeaker Act and is booked in several other cases. He is currently on bail, along with party leader Waseem Akhtar who did not appear in court.

Sattar, who had been booked for protesting against water shortage and violating the Loudspeaker Act, approached the court for bail in June. The District and Sessions Judge for District East, granted him interim bail in two cases against a surety of Rs20,000 each.

Cases against MQM leaders are registered in the New Town police station.

Speaking to the media outside court, Sattar said, “I want to draw the attention of the prime minister and finance minister towards the fact that if electricity, oil and gas tariffs go down, the locals will be relieved.” He said tax relief should be provided to the common man.

Emphasising on the importance of China-Pak Economic Corridor, Sattar said CPEC is a game-changer. He hoped the hindrances in the project would be eliminated.

Dr Sattar said that the restoration of Karachi Circular Railways was important. “I’ve talked to the mayor and Chinese ambassador and have gotten it [KCR] included in CPEC,” he claimed.

He opined that the Sindh government did not seem to be taking the matter seriously. He further emphasised on the need to complete the K-IV project soon so that the city’s water crisis could be addressed.

Meanwhile, Akhtar said the government was not doing its job. He added that fake cases were being registered and jails over-burdened.