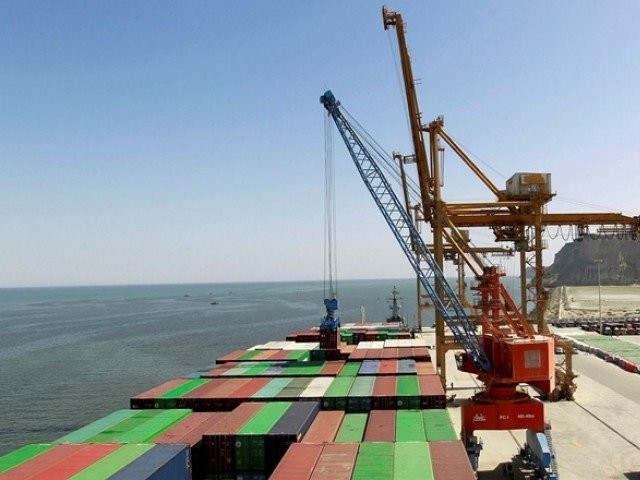 QUETTA: Balochistan Chief Minister Jam Kamal Khan has said the Gwadar Port is a valuable asset for the country and the principal focus of the China Pakistan Economic Corridor (CPEC) project.
The chief minister expressed these views while visiting Gwadar Port along with Federal Minister for Defence Production Zubaida Jalal on Friday.

On the occasion, Gwadar Port officials briefed CM Kamal and the federal minister about the expansion of several projects and the ongoing trade activities at the port.
Provincial ministers Zahoor Baledi, Abdul Rauf Rind, Abdul Rahman Khetran, Noor Muhammad Dummar, Abdul Khaliq Hazara, members of the provincial assembly, Makran commissioner and other high provincial and district administration officials were also present on the occasion.
The CM further said that the incumbent government would utilise all available resources and assets for the development and progress of the country and the province.

China Overseas Ports Holding Company Chairman and CEO Zhang Baozhong briefed the chief minister about different projects operational at the port and free zone, including desalination and power plants projects.
Baozhong said his company had completed the free zone’s phase-I projects successfully in a record time period.
During the briefing, Kamal was told that the Gwadar Port was capable of handling one million containers per year.