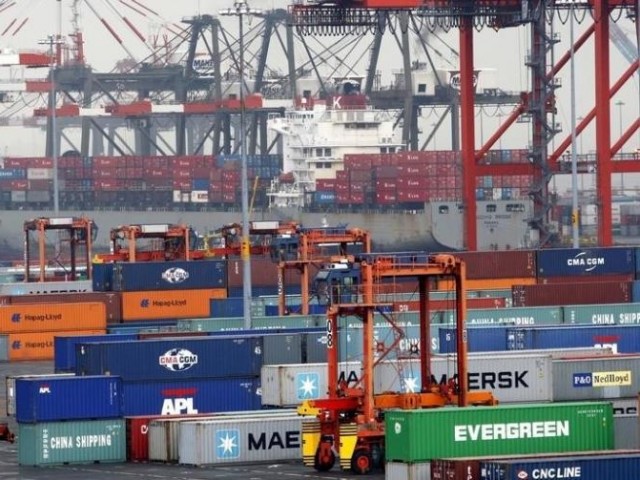 Shipping containers are seen at a port. PHOTO: REUTERS

LAHORE: Bilateral relations between Pakistan and Belarus have progressed rapidly over the past two years and will improve further with time. Both countries have excellent potential to expand trade and economic ties in multiple fields.

These views were expressed by Belarus Ambassador to Pakistan Andrei Ermolovich during a visit to the Punjab Board of Investment and Trade (PBIT).

Speaking on the occasion, Burana stated that this visit was reflective of the improving ties between Pakistan and Belarus and would certainly provide impetus to bilateral relations in various sectors, especially trade and commerce, investment and other areas of mutual interest.

The ambassador was briefed on the operations of PBIT. Investment opportunities in Punjab were discussed in detail. “There is immense scope for increasing bilateral trade and instituting joint ventures between the two countries,” stated Burana.

Sectors like farm implements, agricultural products, IT and forestry were identified as priority areas for collaboration. PBIT shared information about these areas and assured the envoy of provision of maximum facilities.

Furthermore, it was discussed that Punjab had the potential to establish a new tractor-assembly plant which could benefit local farmers as well as investors of Belarus.

PBIT proposed the organisation of web conferences so that business communities of the two sides could interact and collaborate in order to bolster bilateral trade. Observing the interest in agriculture as well as agri-based products, Burana told the ambassador that Punjab was Pakistan’s agricultural heartland and was open for collaboration in exploring joint ventures in the prospective sectors.

Gwadar will soon be the centre of global trade

With a view to achieving concrete results, specific pitch books as well as proposals regarding collaboration in forestry would be shared with the Belarus embassy.

The two sides agreed on ensuring effective interaction through a permanent mechanism of political consultations between the ministries of foreign affairs.