Last round of biddin­g was held by PPP govern­ment in 2013
By Zafar Bhutta
Published: September 23, 2018
Tweet Email 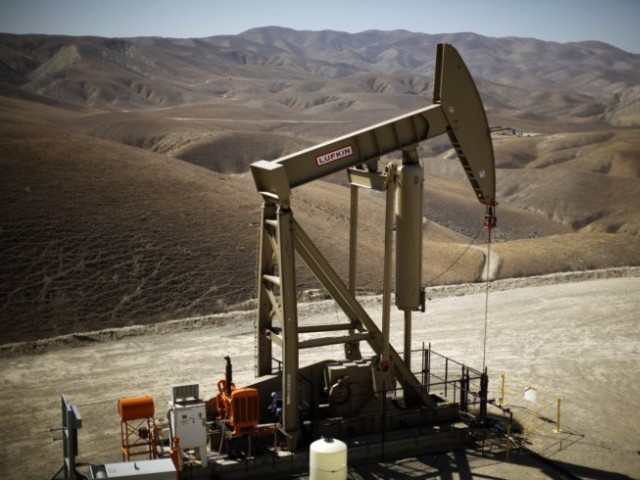 At present, Pakistan produces around 4 billion cubic feet of gas per day (bcfd) and 86,000 barrels of oil per day. PHOTO: REUTERS

ISLAMABAD: The Pakistan Tehreek-e-Insaf (PTI) government is set to hold a bidding round for 20 new exploration blocks in a bid to boost oil and gas production in the country.

The Sindh government has hit out at the PML-N administration in the centre for not carrying out bidding rounds for new petroleum concession blocks during the five years (2013-18) when it remained in power.

The last bidding round was held in March 2013 by the Pakistan Peoples Party (PPP)-led government.

The Ministry of Energy (Petroleum Division) has selected 41 new blocks and is seeking clearance from the Ministry of Defence. Energy ministry officials revealed that the defence ministry had already given the go-ahead for 20 blocks and the new government was likely to hold bidding next month for awarding exploration licences for these blocks.

Officials pointed out that during the PML-N government’s tenure, 46 new exploration licences and 51 leases were granted. However, the bidding round for these blocks was held by the PPP government in 2013.

According to the officials, 113 new oil and gas discoveries have been made in the past around five years and 73 supplemental agreements have been signed to provide better price incentives of the 2012 petroleum policy for holders of older petroleum concession agreements.

At present, Pakistan produces around 4 billion cubic feet of gas per day (bcfd) and 86,000 barrels of oil per day.

The PML-N government had agreed with provinces by the end of 2017 on holding a fresh round of bidding for petroleum exploration blocks in an effort to tap new reserves and allay concerns of the provinces.

It provisionally awarded licences for many blocks in January 2014, which was expected to attract an investment of $371 million in the first phase.

After that, the PML-N government did not award any block to the exploration and production companies. It banked on LNG imports and overlooked the country’s hydrocarbon deposits, inviting criticism from energy-rich provinces.

Provinces argued that the central government’s failure to auction exploration blocks over the past four years had hampered the search for oil and gas. “It further caused losses of billions of rupees to provincial governments in the shape of lost royalty and gas development surcharge,” they said.

Khyber-Pakhtunkhwa (K-P) had pointed out that not a single block had been put up for auction since 2014 out of 35 identified sites. Lease agreements struck before 2012 had also expired and were not being renewed, it said.

This caused a loss of more than Rs20 billion in royalty earnings to the federal government whereas the province lost Rs5.8 billion in a single year due to lower petroleum production.

Pakistan’s current gas production of 4 bcfd is expected to decline to about 2.260 bcfd by 2021. At the same time, consumption demand, which is currently estimated at 5.395 bcfd – about 29% higher than current supplies – is projected to rise beyond 8 bcfd by 2021.

Turkish firm to invest $330m in setting up plant in Pakistan